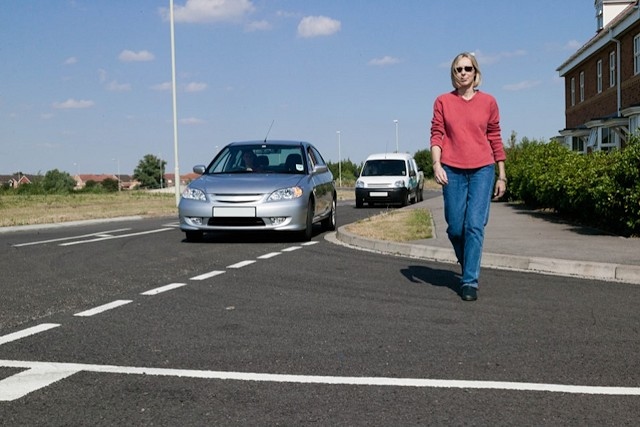 The new advisory measures say that when pedestrians are crossing or waiting to cross at a junction, other traffic should give way

Changes to the Highway Code, including the hierarchy of road-users and the 'Dutch Reach' are set to change from 29 January 2022.

If approved by Parliament, a hierarchy of road-users will be introduced this weekend, ensuring quicker or heavier modes of travel have the greatest responsibility to reduce the danger or threat they may pose to others on the road.

Cyclists will also receive fresh guidance to ride in the centre of a lane on quieter roads, in slower-moving traffic and at the approach to junctions in order to make themselves as clearly visible as possible.

They’ll also be reminded they can ride two abreast – as has always been the case and which can be safer in large groups or with children – but they must be aware of drivers behind them and allow them to overtake if it is safe to do so.

Meanwhile, motorists will be encouraged to adopt the so-called ‘Dutch Reach’, opening the door next to them with the opposite hand so they look over their shoulder, meaning they’re less likely to injure passing cyclists and pedestrians.

The new updates introduce new advisory measures that are not legal requirements but could be used in court proceedings.

Roads Minister Baroness Vere said: “I’m proud to say we have some of the safest roads in the world, but I’m determined to make them safer still for everyone.

“These updates to The Highway Code will do just that by bringing the rules into the 21st century, encouraging people to respect and consider the needs of those around them, and ensuring all road-users know the rules of the road.”

Emily Cherry, Chief Executive at The Bikeability Trust, said: “We welcome these changes to The Highway Code because they encourage all road users to share their space, whilst protecting the most vulnerable.

“Millions of children in England have been taught how to interact positively with other road users, thanks to Bikeability cycle training.

“We are pleased the updated Highway Code will now reflect the lessons we already teach children and help the next generation grow up as confident, competent and courteous road users.”