You are Here: Home » News » News Headlines » Fledgling political party officially registered ahead of ‘all out’ council election fight 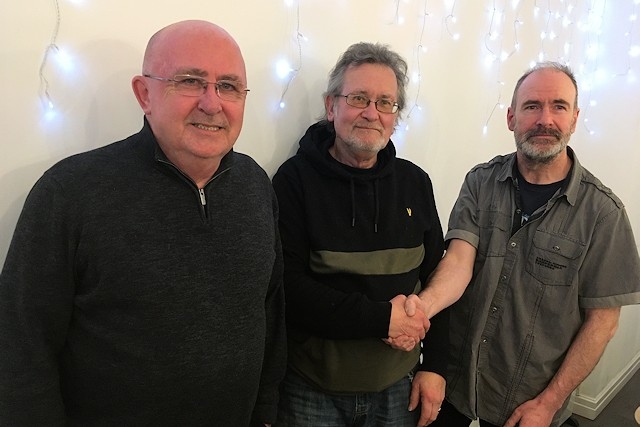 A fledgling political party has been officially registered by the Electoral Commission ahead of this year’s local elections.

Middleton Independents Party (MIP) – which believes the town has played the ‘poor relation’ to Rochdale for too long – plans to field 15 candidates across five wards in May.

Read more: ‘We’re like Oliver Twist begging for crumbs – we’re treated like the poor relation’: The group wanting to stop their town being ‘swallowed up’ by its bigger neighbourPublished: 04 March 2022

Rochdale council is holding an ‘all-out’ election this year – rather than the usual third of seats being up for grabs – meaning the chances of a major political shakeup are much higher.

‘MIP’ was unsure whether it would be registered in time to contest the election under its own name – or have to stand as individual independents – after just missing the deadline for applications.

However, the Electoral Commission has now confirmed the hyperlocal group has been registered as of 9 March, making it a ‘bona fide’ political party.

“I’m absolutely over the moon,” he said.

“It means we can stand under the official party banner rather than as individuals on the ballot paper – so it will be more recognisable.”

The party would have fought the election as separate – albeit affiliated – independents had the registration not gone through in time.

Bernard believes it will now have ‘more credibility’ in the eyes of the public.

“We will be seen as a credible opposition rather than just individuals who want to voice their opinion,” he said.

“We are now a local party with local values and it’s the fact people will be able to see that on the ballot paper.”

The group has been campaigning as Middleton Independents Party – and Bernard hopes voters’ familiarity with the name and logo will be an advantage come polling day.

“Some may have made the connection, others would not – but now they will see the logo on the ballot paper and hopefully tick the box,” he said. “That will help us in case any other independents stand.”

“As far as we’re concerned it’s really good news, because there was no guarantee they [the Electoral Commission] would get that done in time.”

The party – founded by Bernard, together with Peter Shore and Simon Footitt, has already signed up 12 candidates to fight the election.

And Bernard is confident they will have the full house of 15 by the time the deadline for nominations comes on 5 April.

“The groundswell of interest now and the people contacting us saying ‘we believe what you are doing – Middleton is in need of change.

“We are excited for the future. We know if we get in it’s not a magic wand to change things.

“We are not stupid, we know you can’t change things overnight but at least it gives us a platform and the people of Middleton a platform.”

Rochdale council has rejected claims that Middleton has been left behind saying that, in recent years, ‘significant investment’ has been made in the town and more is planned for the future.

Local elections in the United Kingdom will this year be held on Thursday 5 May.