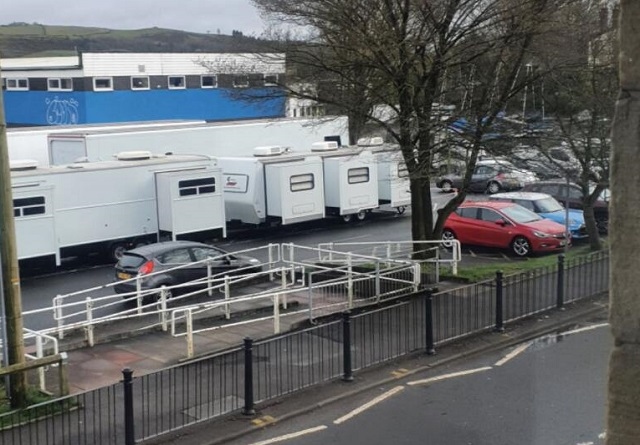 A local business has hit out at Rochdale Borough Council for completely closing the Lake Bank car park at Hollingworth Lake due to filming.

Alison and Graham Sherwin, who run the Riva Italian restaurant, say that the council’s decision to shut the car park closest to their business has caused them to lose a lot of money.

The car park has been closed several times over the last few months due to the filming of ITV drama Ridley, with crews occupying the full Lake Bank car park each time.

Mr and Mrs Sherwin say that the move has cost them about half of their customers each night, who have cancelled reservations due to a lack of close parking.

“We’ve contacted the council but we don’t seem to get a straight answer. Their solution is to park elsewhere but the nearest parking is behind the information centre at the other end of the lake. You can’t park behind Riva as the residents have permits there, so it’s a fair distance to walk, especially if you’re elderly or on your own.

“We have emailed our frustrations and the council said they have to consider the use for business and value for money. Yet during lockdown, they said they couldn’t shut the car park, even when people were travelling when they shouldn’t have been. 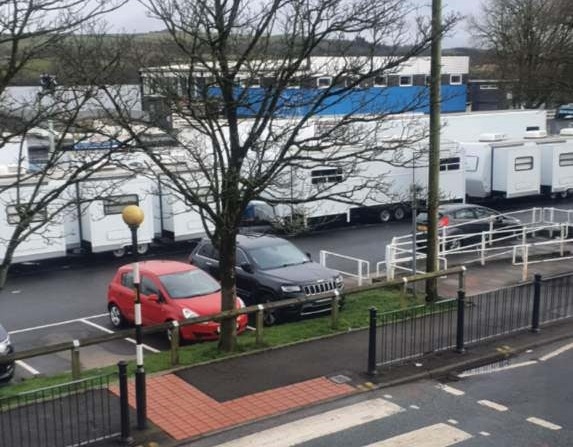 “We weren’t asking for the full car park, just an arrangement for some spaces on the left-hand side if they move up so they're not in the middle.

“The car park is also shut until midnight each night, but filming packs up at around 6-6.30pm and yet our customers still can’t use it.”

They added that the Lake Bank businesses hadn’t seen any additional custom from filming, as crews brought their own catering. Lake Bank is home to the majority of businesses at Hollingworth Lake, including the Olive & Pickle, Mr Thomas’s fish and chips, Lake Lounge, Krave Café and Desserts, Wallis’s Amusements and Knickerbockers ice cream.

Mr Sherwin added: “It’s not fair. The council are making money from this, yet we’re losing it. ”

A council spokesperson said: “We needed to temporarily close the Lake Bank car park this week as was being used as a secure base for actors and film crews, due to its close proximity to the filming location for upcoming ITV drama Ridley.

“There is significant parking for 500 vehicles nearby at the lake to ensure minimal disruption for visitors accessing the local amenities and businesses.

“Any car park closure is always assessed before approval and closures are only agreed when it would be the least disruptive to visitors. Filming is due to end on Friday (1 April).

“We’re delighted that Hollingworth Lake was chosen as a location, which is really positive for our borough."

The forthcoming ITV drama will see the titular retired detective (Adrian Dunbar), who is now working in a consultancy role, resume his partnership with his former protégée, DI Carol Farman, played by Bronagh Waugh, who is now in charge of investigations.

Each of the four two-hour films will be produced by West Road Pictures.