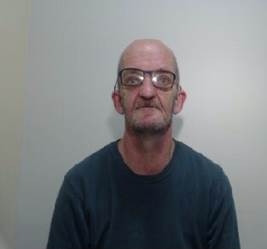 A 63-year-old man from Middleton has been sentenced to eight years imprisonment and placed on the sex offender register for life.

Atkinson was subsequently sentenced to eight years imprisonment as well as being placed on the sex offender register for life and being subject to a sexual harm prevention order (SHPO).

On 14 June 2019, police received intelligence from the USA based 'National Centre for Missing and Exploited Children' (NCMEC) who stated that in November 2018, a user on the 'Kik.com' messaging app using the name 'denismufc93' posted an indecent photograph of a child, which was intercepted by the NCMEC before being passed to the UK based National Crime Agency.

Further enquiries established that the mobile phone connected to the Kik account was registered in the name of Atkinson at his home address in Middleton.

Shortly after this discovery, Atkinson began to communicate online with the decoy profile of a 12 year old girl which was controlled by law enforcement. He messaged the profile using the name 'Warren' with a profile photo of a male in his late teens. Atkinson informed the child profile that he was 18-years-old and did not react to the child profile informing Atkinson that she was 12.

Conversation of a general nature took place before Atkinson eventually started to turn the conversation to be more sexualised, asking the child profile 'so are we dating' and asking if they could meet in Cardiff, suggesting that the profile bring along a friend that he could speak to beforehand to get to know them.

Numerous chat logs seized by police as evidence showed that Atkinson had a clear interest in underage girls and on Wednesday 2 December 2020, officers from GMPs Online Child Abuse Investigation Team attended Atkinson's address and arrested him before he was subsequently charged with the offences.

A number of mobile phone devices were seized from Atkinson's home address and upon examination, thousands of indecent images of children were found including around 836 categorised as 'Class A', the most serious category of images. Atkinson also attempted to sexually communicate with a large number of underage children using several different messages apps, adopting numerous fake male and female personas.

In police interview Atkinson commented 'I can't remember' and 'It wasn’t me I must have been hacked' to the questions presented to him, before then stating 'everything is true, you don’t need to go through it anymore'.

Detective Inspector Suzanne Keenaghan, of GMPS Online Child Abuse Investigation Team, said: "Atkinson is very clearly a danger to children. His messages to who he thought was a 12-year-old girl, together with his clear intentions to meet a child and the images that he possessed, to satisfy his depraved sexual desires is utterly deplorable

"Child Sexual Exploitation takes place in many forms and in this case Atkinson engaged in online communications with what he believed were young children, not sparing any thought for the lasting damage his actions could have.

“I am pleased with the sentence he has received, which has been as a result of a thorough investigation working with the National Crime Agency. Our team work tirelessly to bring these people to justice and we will continue to do so."