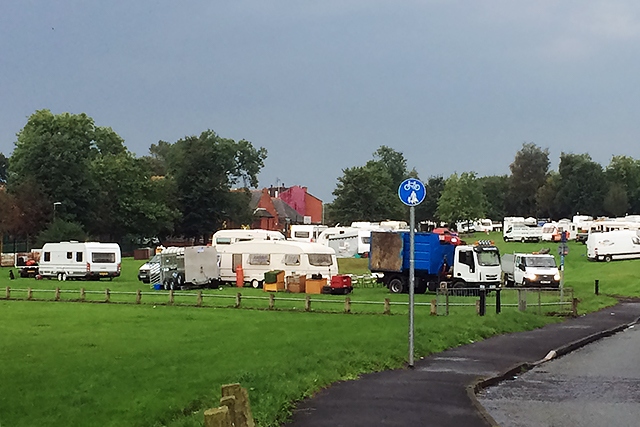 An interim injunction made by Rochdale Borough Council in 2018 against illegal traveller encampments has been listed for a hearing at the High Court this week.

The interim order was the first of its kind in Greater Manchester, and came about after the council said there had been 133 unauthorised encampments across the borough in the previous three years.

During that period the council had dealt with numerous complaints from residents and businesses about noise and antisocial behaviour; violence, threats and intimidation; commercial scale flytipping and defecation on land accessed by the public.

The High Court has now listed the case for a directions hearing in London on 12 May.

The judge will review the case and outline any further steps that need to be taken before a date is set to determine if the injunction should be made final.

Public notices have been posted throughout the borough, naming 82 travellers banned from occupying the land on green spaces, parks and fields. However, the order applies to anyone, not just those named.

This process does not affect the facilities that the council provides at its designated sites that cater for authorised traveller encampments. A managed traveller site exists at Roch Vale Caravan Park on Chichester Street.

A spokesperson for the council said: "This is formal notification of a directions hearing on our boroughwide injunction on illegal encampments.

"The hearing is being held in public on the date and location listed in the notice.

"Given this has not yet been to court it would not be appropriate for us to comment further."

Travellers are protected from discrimination by the Race Relations Act 1976 and the Human Rights Act 1998. As a result, the government has advised ‘when travellers are not causing a problem, the site may be tolerated’.