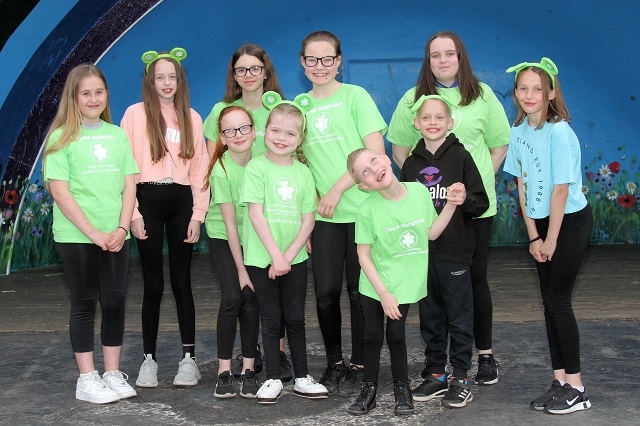 A group of local children will be running the Greater Manchester Mini Run on 21 May to raise money for the Manchester University Foundation Trust Charity.

Ella Chadwick, 14, of Whitworth, will be joined by 10 friends, two who have completed the run before and some from the inclusive sign-language group and Britain’s Got Talent runners-up, Sign Along With Us.

The group are taking on the mile-long run to raise money for the hospital charity, which supports treatment and research at Manchester hospitals, including the Royal Manchester Children’s Hospital – where several of them have been treated in the past.

Ella has tackled the run each year since her kidney transplant in 2014, and the group hopes to raise £200 as a thank you for their care, which in some cases has proved life-saving.

Ella was born with a condition called Congenital Nephrotic Syndrome, which led to her kidneys failing before she was even a year old. She has undergone two kidney transplants in addition to countless procedures, therapies and operations.

She says that being joined by so many of her friends on the day will be "really cool."

Jack underwent airway surgery there when he was just two, whilst Christian has also been a patient at the hospital.

Christian has already overcome many obstacles in his short life: stillborn at birth before taking his first breath at 24 minutes old, he was left with a brain injury from the lack of oxygen. Placed on a ventilator to try and save his life, Christian was given a less than 1% chance of coming out of the coma.

Miraculously, the brave little boy, who has also been diagnosed with cerebral palsy and registered severely sight impaired, has proved critics wrong – going on to achieve milestones his family were told he wouldn’t do, such as speaking and communicating via Makaton sign language. His family were also told he would be in a wheelchair for life, as he would never walk.

Christian will complete the run either with his frame or a wheelchair, before walking the final stretch across the finish line.

His mum, Diana, said: "It's such a massive achievement that Christian is able to take part and not be in his wheelchair the whole way round."