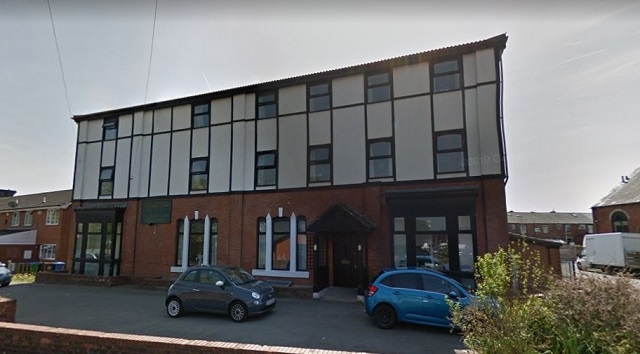 A care home has been told it must still do better after ‘poor communication’ was found to have put residents ‘at increased risk of harm’. Meavy View, in Rochdale, remains rated as ‘requires improvement’ by the Care Quality Commission (CQC) after an unannounced inspection.

The retirement home, on Milkstone Road, provides care for up to 32 people, including those with dementia. A new manager was installed last summer and the home says her team provides ‘excellent care’ and is ‘working hard’ to achieve a ‘good’ rating across all five inspection categories.

Officials, who visited in April, concentrated on whether the service was ‘safe’ and ‘well led’ after concerns were raised over specific incidents involving residents at the home and management oversight of the service. The home remains rated as ‘good’ in the caring, responsive and effective categories.

But a new inspection report says ‘some aspects of the service were not always safe’ and there was an ‘increased risk that people could be harmed’. It notes that ‘not enough improvement had been made at this inspection’ and the provider remains in breach of care regulations.

It also notes a further incident in which another specialist staff had ‘either failed to realise there was an issue with equipment or had not alerted management or healthcare professionals of concerns’.

Inspectors found that poor communication was ‘at the heart’ of these issues.

“In the four cases we considered, we noted there were a series of failures of communication between staff members and management,” the report adds. ‘Handover’ processes at the end and start of staff shifts were often ineffective. This had led to enhanced risk to people.”

One healthcare professional told officials there were communication issues at the home which had affected the number of visits they had to make. However, they did recognise some staff members were ‘very able and supportive’ during their visits.

Another healthcare worker reported ‘no issues’ and also praised the support from the care home staff. People received their medicines when they were sometimes not ‘accounted for appropriately’ – including controlled drugs that could be abused in the community.

After this was brought to her attention, the manager completed a full controlled drugs audit and found an error in staff counting medicines. People had not come to any harm and the CQC recommended she establish an ‘effective reconciliation system’.

Inspectors also found recruitment was not always well managed. Records showed checks were not always made to ensure staff were suitable for the role. However, some of these issues were addressed by the manager during the inspection.

On a more positive note staff were said to understand their responsibilities around protecting people from abuse. Inspectors found they had ‘a good understanding’ of the types of abuse that could occur and knew how to raise concerns.

Inspectors were also ‘assured the provider was promoting safety through the layout and hygiene practices of the premises’. “The home was clean, tidy and well maintained,” the report adds.

Manager Sharon Peake, says she has built a new team since taking over in August and the home is ‘working hard’ to achieve a good rating across all five standards.

Ms Peake notes that the home has a five-star food rating and enjoys ‘good relationships with all multi disciplinary teams’. She told the Local Democracy Reporting Service: “Families have stated how easy we are to talk to and alleviate any fears they may have.

“The care team plus myself and the deputy have gone through two Covid outbreaks, and the staff have worked tirelessly, to provide the excellent care they give our residents.”

She continues: “In the report, a relative spoke positively about their working relationship with the service, and the inspector states that he observed good practices, and positive relations between staff and management, and with the people who lived within the home.”

Ms Peake adds that two ladies at the home recently turned 100 and staff organised ‘a big campaign to get birthday cards’ to which ‘the response was massive’.

The full report can be found on the CQC website.