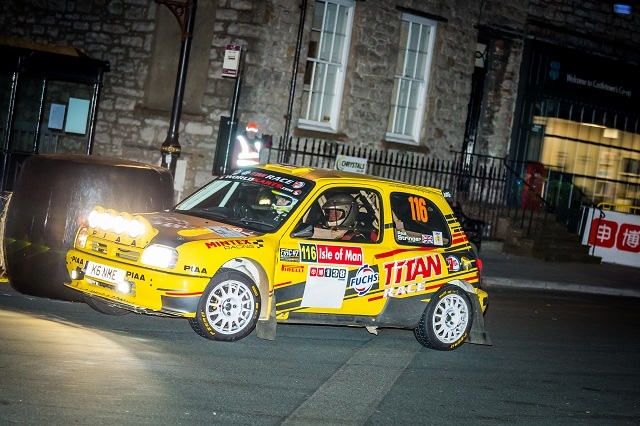 Rapid Rochdale driver Steve Brown is aiming to raise awareness and funds for local charity Jolly Josh, by holding an exciting competition where one lucky person will co-drive in his Nissan Micra Kit Car at a rally in Wales in August.

The 2021 Motorsport UK British Rallycross Championship 5 Nations Trophy BMW MINI champion will return to the sport of rallying this season and will offer the chance to win this once-in-a-lifetime opportunity to anyone who donates to the Rochdale-based charity through his dedicated JustGiving page.

Each £5 donation will receive one entry to the draw and a winner will be selected at random on 4 July. The lucky recipient will then have the opportunity to sit alongside Brown at Anglesey in Wales on a real rally, sampling the action from the co-driver’s seat and experiencing what it’s like to compete in one of the most thrilling motorsports in the world.

Jolly Josh is a small charity that provides dedicated peer support and safe spaces for children, families, and carers of children with disabilities, complex, and special needs. Jolly Josh was set up by devoted mum Carole in September 2017, exactly one month after her son Joshua James passed away at just 15 months old.

Within the first year of opening, Jolly Josh welcomed 63 families and 23 professionals from the NHS, other charities and services, with a mission to enable children and families to connect, support and thrive.

A charity close to Brown’s heart, Jolly Josh is a small but powerful charity and its work is vital for families in the community. He hopes this exciting competition will raise awareness of the charity's good work and important funds to support its network whilst offering one lucky entrant the chance of a thrilling day in a top-line rally car.

“I guess this is something a little different for me but I`m very excited to launch the competition to be my co-driver for the day,” said Brown.

“I’ve been thinking of ways to help Jolly Josh for a while, and I thought that perhaps raffling the co-drivers seat of my Nissan on a rally would drum up some interest for them and give someone what could be the chance of a lifetime.

“I'm usually very fussy about who I have sit next to me but on this occasion, it will be a fun day out, competing on a real rally for a great cause. It’s very exciting.”

Entry can be made by simply donating to Brown’s JustGiving page, with no limit on the number of entries and one entry costing £5. Each entry MUST contain a full name – any anonymous entry will be classed as a donation.

The competition will end on 4 July with the winner selected at random from the entries received and announced on the Steve Brown Rallying Facebook page. All proceeds will go directly to the Jolly Josh charity.

The winner will then simply have to get themselves to Anglesey on 6 August, where Brown will kit them out with all the required safety gear and licences for the day. All that’s left will be to get strapped in and experience the thrill of the rally stages alongside Brown during the day.