You are Here: Home » News » News Headlines » Care home where residents were put ‘at risk of abuse’ taken out of special measures – but told it must improve further 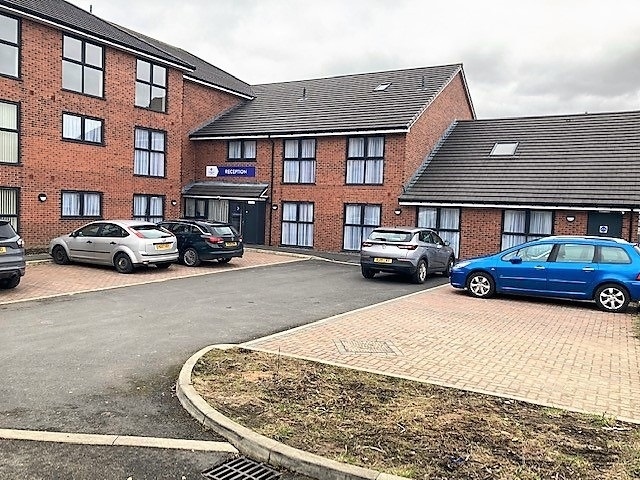 A care home where residents were put ‘at risk of abuse’ has been taken out of special measures but told it must still make further improvements.

The watchdog found no evidence that anyone had been hurt at the Barke Street home, which provides care for up to 51 people with complex care and mental health needs, including dementia.

But officials said it lacked ‘robust’ systems and effective management – meaning people were not safe and were at ‘risk of avoidable harm’.

Run by provider St Augustine, it was in breach of care regulations and faced being shut down if it failed to make ‘significant improvements’.

However, a follow-up inspection last month found important progress had been made – the home was no longer in breach of regulations and could be removed from special measures.

A new report praises bosses for their ‘clear passion and commitment’ to continuing with improvements, while staff were said to have a ‘kind and caring, unrushed approach’.

Residents also spoke positively about the progress made under the new registered manager, with one enthusing about its ‘fantastic care’.

Despite clearly heading in the right direction, the home is now rated as ‘requires improvement’. Inspectors say improvements must now ‘be embedded further and required a longer-term track record of sustained improvement and good practice’.

She said: “This is an incredibly encouraging outcome following a huge amount of hard work by our team, who I’d like to thank. We still have some work to do but it recognises that we have come a long way, at a time of significant Covid-related staffing challenges.”

Ms Rowe continued: “The CQC inspectors spoke to a number of residents and their relatives, who said they were treated with respect and involved in decisions about their care and support. Staff are guided by person-centred support plans and risk assessments, that reflect people’s needs.”

Safety at the home was still said to require improvement, with inspectors noting that – while there were sufficient staff to meet people’s needs – there was a significant reliance on agency staff.

Concerns were raised about the use of unfamiliar staff. Some residents said they didn’t always know the staff, which did not provide ‘continuity of care’.

However, it was noted the home had endeavoured to block-book agency staff who were familiar with the service, and undertook risk assessments when agency use was high on a particular shift.

A recruitment programme was in place and the provider was also developing apprenticeship opportunities to encourage new staff into the service.

The home was also found to require improvement in the ‘responsive’ assessment category – meaning people’s needs were not always met. Meanwhile, leadership was said to be ‘inconsistent’ and ‘did not always support the delivery of high-quality, person-centred care’.

On a more positive note, however, the home was rated as ‘good’ when it came to being caring and effective.

Inspectors observed that people were supported and treated with dignity and respect, and involved as partners in their care.

One resident told officials she was ‘treated like a queen’, adding ‘nothing is too much trouble’.

The CQC will continue to monitor information it receives about the service, which will help to inform officials when they next inspect.

Ms Rowe said the care home was now determined to achieve the highest possible recognition. “The Smithy Bridge team are highly driven and passionate in continuing their journey to ultimately achieving an outstanding rating,” she said.