You are Here: Home » News » News Headlines » Henry Krasowski to cycle 1,800 miles in 10 days for Springhill Hospice and The Christie

Henry Krasowski to cycle 1,800 miles in 10 days for Springhill Hospice and The Christie 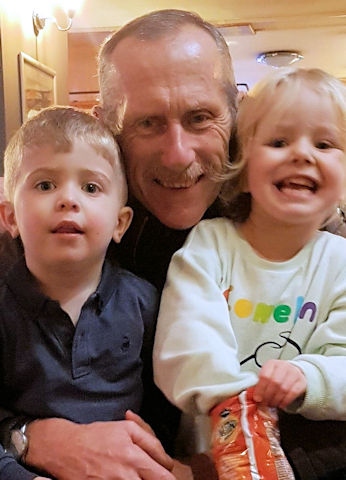 Henry Krasowski with his great-grandchildren

Norden resident Henry Krasowski, 68, will be taking up an 1,800-mile cycling challenge this month to raise money for The Christie and Springhill Hospice.

Henry will be carrying out the mammoth cycling effort in memory of both his wife, Audrey, and his daughter, Emma, who both died of cancer.

Emma only found out she had cancer when she went to hospital with problems during pregnancy; her daughter was one when she died aged 30 in 2012. Audrey passed away in 2018.

Before Emma died, Henry – who first cycled between Lands End and John O’Groats in 2007 – promised her that he would complete another charity bike ride.

On Mother’s Day 2014, Henry also lost his sister-in-law to cancer at the age of 58 and later overcame bowel cancer himself in 2021.

In 2014, Henry cycled from Norden to Lands End, to John O’Groats and back to Norden, covering a staggering 1,800 miles in under 11 days.

Now Henry will undertake the same challenge once more, between 18 and 28 June, to raise funds for The Christie, which treated him, and Springhill Hospice, which cared for his loved ones.

Henry said: “Cancer has affected me and my remaining family for the last 10 years, losing my daughter Emma, my wife, Audrey, and Audrey's sister, Mary.

“All donations will be gratefully accepted. My reason for The Christie is they operated on me last year and I'm here to tell the story. Without The Christie, I might not have been able to attempt this challenge again.

“Thank you to The Christie and a big thank you to all who donate in these hard times.”

Henry will set off from the Norden Village Racing Pigeon Club HQ, where he is a member, at 7am on Saturday 18 June.

Anyone wishing to sponsor Henry can do so by visiting JustGiving (The Christie) or Facebook (Springhill Hospice):