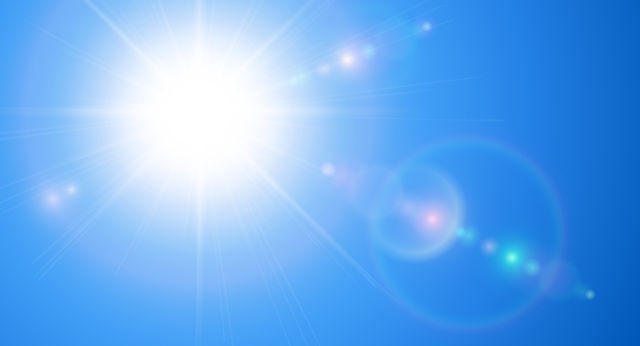 A Level 1 Heat-Health alert has been issued for northern England this week as temperatures are set to soar on Friday.

The Met Office says that it will be “widely very warm or hot on Friday, especially in the south. Fresher by Saturday with alert thresholds not expected to be met.”

“This is the first spell of hot weather this year and it is unusual for temperature to exceed these values in June. Many areas will also see some warm nights with minimum temperatures expected to be in the high teens or even low 20°Cs for some overnight.”

“The heat is a result of a mix of home-grown warming in the day due to high pressure, as well as a southerly airflow introducing some of the warm air from the continent to UK shores.”

Heat-Health alerts – between a minimum of zero and a maximum of four – are based upon threshold maximum daytime and minimum night-time temperatures.

Each alert level should trigger a series of actions which are detailed in the Heatwave Plan for England, from long-term planning out of season, to summer and heatwave preparedness and action, to a major national emergency.

These thresholds vary by region, but an average threshold temperature is 30 °C by day and 15 °C overnight for at least two consecutive days.

A UK heatwave threshold is met when a location records a period of at least three consecutive days with daily maximum temperatures meeting or exceeding the heatwave temperature threshold. The threshold varies by UK county.

Milder conditions look likely to return later in the weekend with temperatures trending back to around average for June cooler air pushes across the country from the northwest.

The highest temperature reached in the UK so far this year is 27.5°C at Heathrow on 17 May. It is still relatively unusual for temperature to reach the mid 30°Cs in June and you have to go back to 1976 for the highest recorded June UK temperature (records date from 1884).

35.6°C was reached at Southampton Mayflower Park on 28 June 1976. The average June maximum temperature for the UK as a whole is 18°C.

Find tips for keeping cool in hot weather as part of WeatherReady from the Met Office.