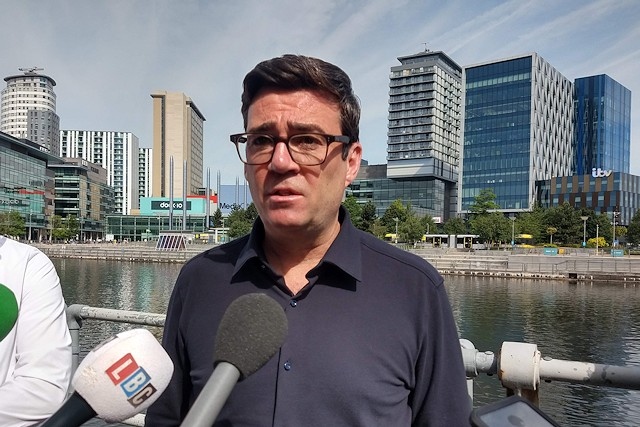 Andy Burnham says he is ‘confident’ bus companies will agree to slash fares by the end of the summer as he fast-tracks plans to cap tickets at £2 per ride.

The mayor said single journeys on all buses in Greater Manchester will cost £2 for adults and £1 for children with day tickets for all operators available at £5.

This flat fare structure was supposed to come into force once buses are under public control and the new franchising system is rolled out from autumn 2023.

This comes after a judge gave Mr Burnham the green light to bring buses back under public control – but he is still fighting another appeal by a bus operator.

Previous promises of ‘hopper’ fares – allowing passengers to ride multiple bus services for one flat fee – and tickets which can be used on trams too will have to wait until this franchising system is rolled out, according to Mr Burnham.

But the Labour metro mayor is calling for fares to be slashed sooner, starting from September, in an effort to help people cope with the cost of living crisis.

Bus operators must agree to the plans, but there have been signs of support for the scheme which is not expected to come at a cost to these companies.

Mr Burnham said he is ‘absolutely confident’ the government’s Bus Services Improvement Plan (BSIP) funding will cover the costs to subsidise fares for the next financial year – but he admitted there is uncertainty about future funding.

Speaking in Salford Quays on Thursday (June 16), he said the success of this scheme relies on more people using buses and urged the public to back his ‘Bee Network’, the London-style public transport system he is trying to build.

He said: “Please back us on this – your city-region does need you right now.

“Use the bus so we can make these low fares permanent.

“Use the bus and help us build the Bee Network.”

Mr Burnham cited ‘evidence’ that such a scheme should increase bus usage by around 5%, but said he hopes even more people will start using buses again.

It comes as bus patronage remains around 21% lower than pre-pandemic levels – but transport bosses say passenger numbers are slowly recovering.

Bus companies have received emergency funding from the government throughout the pandemic, but this is set to come to an end in September.

Mr Burnham dismissed claims that his announcement about slashing fares was ‘premature’ which made before the bus companies agreed to doing it.

He said he would be ‘surprised’ if operators did not sign up to the scheme, saying that the government funding would cover the costs of his proposal.

OneBus, which represents the ‘vast majority’ of bus operators across Greater Manchester – including Stagecoach, First, Diamond Bus, Go NorthWest, Transdev, Arriva and High Peak Buses – has expressed its support for the scheme.

“Reducing bus fares is one element of a wider package of measures needed to achieve this.

“We also need further and focussed investment in bus priority measures and urgent schemes to address traffic congestion to speed up bus journeys and make them more reliable.

“There will obviously be a cost to the bus companies and we look forward to further discussions to agree how that will be covered using the BSIP funding.” 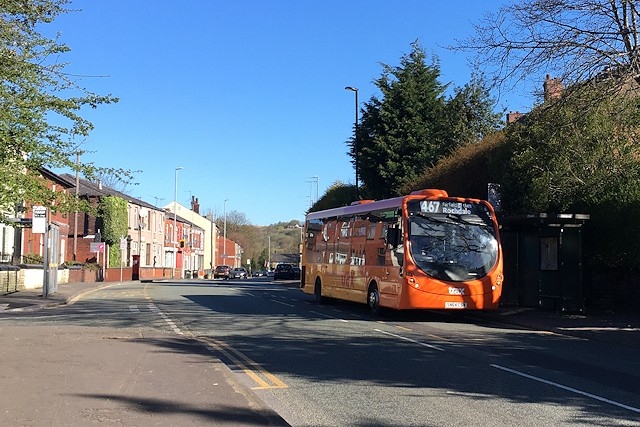 Speaking on BBC Radio Manchester immediately after his announcement, Mr Burnham said the new fares will not require a council tax increase next year.

However, he said future funding depends on how many people use the buses.

Greater Manchester had bid for £70m a year over three years from the Bus Services Improvement Plan pot, but was awarded £94.8m in total to cover fares, service enhancements and other network improvements back in April.

Mr Burnham said he is ‘absolutely confident’ that this funding will cover the costs of subsidising bus fares to the lower rates for this financial year and the next, but the scheme would have to be reviewed within the next 12 months.

Asked whether this would cost bus companies, he said Greater Manchester would have to reach a ‘fair agreement’ which would benefit everyone involved.

A Greater Manchester Combined Authority (GMCA) spokesperson has since confirmed that the new flat fare structure will not come at a cost to operators.

They said: “Operators should experience no financial detriment for participating in the fares scheme and will be compensated on a ‘no better, no worse’ basis, in a similar way to existing multi-operator and concession tickets.”

Rotala, the Diamond Bus owner which is still challenging Mr Burnham’s plans to bring buses back under public control in the courts, did not comment on the proposed new fares, but the firm said it supports the comments by OneBus.