You are Here: Home » News » News Headlines » Rail strikes at ‘point of no return’ with disruption expected even if called off 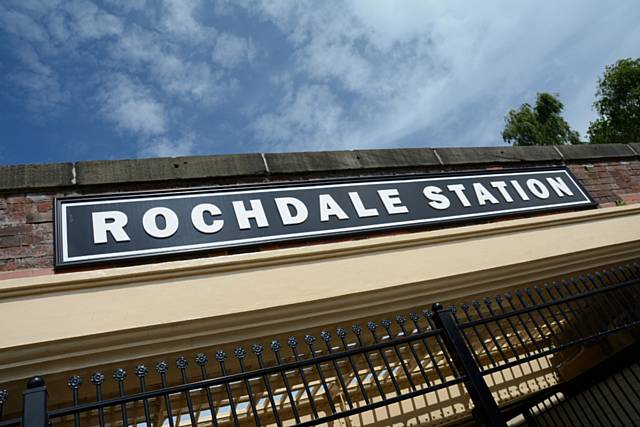 Rail bosses have warned that the industry is reaching the ‘point of no return’ with some disruption on the trains expected even if the strikes are called off.

Only a fifth of train services will run across the country on the planned strike days this week – 21, 23 and 25 June – and at 60% over the rest of the week.

But even if union RMT agrees a pay deal with the rail operators and calls off the strikes, there will still be disruption to the network, transport chiefs said.

Speaking at a Greater Manchester Transport Committee meeting on Friday (17 June), representatives from the rail industry told councillors how services in the city-region would be affected throughout the week if the strikes go ahead.

But, they said some disruption is now inevitable even if the dispute is resolved.

However, he added: “We are reaching a point of no return, I think it’s fair to say.

“So if the strikes were called off, we would still experience some disruption on those days.

“It’s not a case where we can just revert.”

Avanti West Coast will be running one train an hour each way from London to Manchester during the strike with the last train leaving Piccadilly at 2.40pm.

During the rest of the week, there will be seven trains an hour by midday.

However, Northern will be running a limited service for the whole week and has issued a ‘Do not travel’ notice from Tuesday 21 June to Sunday 26 June.

The rail operator will be running an hourly service from Liverpool via St Helens into Manchester, to the Airport and then on to Wilmslow and Alderley Edge.

Northern regional director Chris Jackson also revealed that the company secured a high court injunction against train drivers’ trade union ASLEF earlier this month due to a dispute over rostering which has still not been resolved.

Speaking about the RMT strikes, he said: “We’re working hard as an industry to try and reach a resolve and as I understand talks are continuing in that regard.”

TransPennine Express, which did not have a representative speaking at the transport committee meeting, is asking customers to plan carefully ahead of the strike action and is advising customers to only travel on essential journeys.

An amended timetable will be in place on the days of the planned strikes.

Network Rail’s stakeholder manager for the North West Danielle Alhan told the committee that half of the network will be shut on strike days with 20% of the trains running and only 60% of trains running over the rest of the week.

She explained Network Rail, which usually has 4,000 signallers working across the network, will only have around 400 contingency signallers on strike days.

She said: “That’s had a really big impact but we’re trying to do everything we can to resolve everything.

“Our executives have been at the table with the unions all week, including today but there will still be impacts if anything is resolved.”

He warned that bus services are already struggling so cannot be relied on.

However, the transport body will also be monitoring the road network and try to ‘adjust’ it wherever possible to tackle any increase in the volume of traffic.

He said: “We’ll deal with each strike day as it comes. It will vary.

“It’s a bit of an unknown. When we’ve had strikes in the past, we’ve seen the uplift in the highway network, and we know what plans to do, but now with more people being able to work remotely and from home, the impact may not be as great.

“But we’re just going to have to play it as it comes.”