You are Here: Home » News » News Headlines » Carry On Camping: former journalist seeks out old camping chums with a book on their adventures

Carry On Camping: former journalist seeks out old camping chums with a book on their adventures 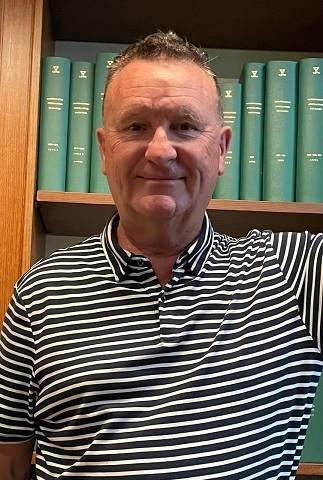 A former Rochdale journalist is on the hunt for a bunch of his old camping colleagues from St Thomas’s Church, Kirkholt.

Tony Layton, who trained at the Rochdale Observer in the late 1970s, has edited a book on a series of Scottish camps, led by Canon Bill Vanstone, vicar of St Thomas’s, Kirkholt from 1964 until the late 1970s.

Hebridean Odysseys, which tracks the tales of nine camping tours in Scotland, is being published this summer and Layton, 65, of Ilkley, West Yorkshire, is now seeking out his former ‘colleagues’ – now men in advanced middle age to attend a book launch in October.

“It will be a step back in time for us all,” says Layton, founder and chairman of Words&Pictures, a corporate communications company.

He joked: “It’s not easy tracking down your camping mates from 50 years ago!

“We were in our early teens then, and are now all grey-haired men, looking back at the good times.”

Each one of his former colleagues who attends the launch in Rochdale will receive a free copy of the 200-page book which is lavishly illustrated with colour photographs of the island sites where the group camped between 1969 and 1973.

The idea for Hebridean Odysseys came from a series of journals written by Canon Vanstone at the time – many of which have been lost or were stored in lofts or garages for decades. Canon Vanstone who retired from active parish service on Kirkholt in 1978, later became an author of spiritual works. He died in March 1999.

“I managed to keep my journals safe and decided to edit them and pull them together into a book. It’s actually been a labour of love and gratitude to Canon Vanstone – ‘Sir’ as we used to call our vicar,” said Layton.

The book with the strapline of “Nine Camps That Changed Our Lives” mainly covers camps in the Inner and Outer Hebrides, including Coll, Islay, Canna, Colonsay, Eigg and Skye, but also has chapters on the Scilly Isles and Anglesey.

The Hebridean Odysseys book launch will be held at The Spring Inn, Broad Lane, Rochdale OL16 4PR at 3pm on Thursday 6 October. All former campers are invited. Please email Tony Layton on tony.layton@wordsandpics.co.uk or call 07721 620526 to express your interest in attending.