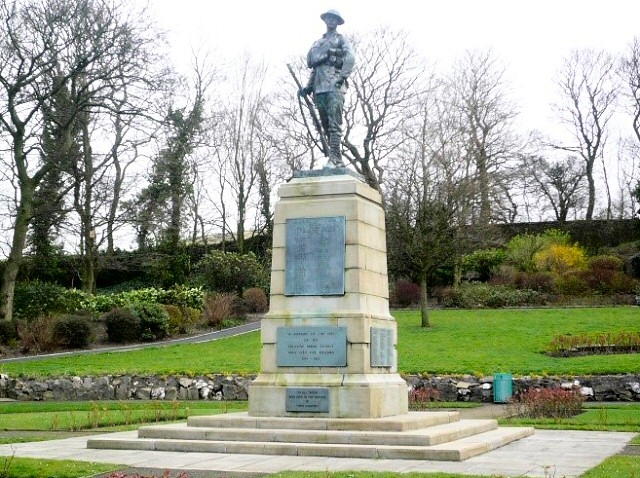 This list is of men whose 80 years anniversary occurs in July 2022.

Thomas was born late 1918, the son of John and Edith Wakefield (nee Wall) who were married in 1918 and lived in Smallbridge, Lancashire. In 1939 his mother lived at 1 Spring Mill Walk, Rochdale. Before joining the RAF on 14 February, 1942, Thomas was a clerk working for E Taylor & Co Ltd, Littleborough and was the organist of St Edmunds Church, Spotland. 23-year-old Sergeant Wakefield 951404, 57 Squadron, Royal Air Force Volunteer Reserve, was killed in action on 22 July 1942 when the Wellington III, Serial; X3584. which took off at 00.10 hrs from Feltwell was shot down on a raid to Duisburg. The plane was lost without trace. All of the crew Sgt T Wakefield, Sgt T A Jones, Sgt J W Morgan, Sgt H Ross, Sgt J A Wright are commemorated on the Runnymede Memorial. Thomas is also remembered on St Andrew’s War Memorial.

Donald was born on 4 February 1921, the son of James Joseph and Jane Bagley, of Littleborough, Lancashire. In 1939 Donald, was a junior wages clerk who lived at 5 Barnfield with his parents. His father was an auxiliary grinder (cotton) Raising Machine and sister Ellen (31) a Woollen Weaver whilst brother John (24) was a shop assistant (greengrocer). Prior to Enlisting Donald worked for Breda Visada in Littleborough. 21 year old Sergeant Bagley 1109333 460, (R.A.A.F.) Squadron Royal Air Force Volunteer Reserve, was killed on 26 July 1942 when he was shot down in a Wellington Z1399, radio call sign UV-P, heading for their target in Duisberg. He is buried in Reichswald Forest War Cemetery, Germany, Collective Grave No 9 B 11-14. Donald is remembered on Littleborough Cenotaph, Central School and the Holy Trinity War Memorial.

Eric was born in Littleborough on 15 August 1910, the son of Charles Henry and Clara Dryland, of Littleborough, Lancashire. In 1911 he lived at 2 Cecil Street, Littleborough with his parents (his father was a joiner) and his elder sister Marion (2). In 1930 he was an architectural student and was at Ashwood Villa. In that year he married Kathleen Mary Holt in Rochdale on 5 March. In 1939 they lived in Altrincham and Eric was employed as a builders surveyor for a Manchester firm of contractors.

Eric was a well-known and one of the best tennis players in the district. He was also a member of Littleborough Young Liberals and involved in amateur dramatics. 31 year old Signalman Dryland 2370533 8th Armoured. Division. Signals. Royal Corps of Signals and was killed whilst serving in the Middle East on 31 July 1942. He was buried in El Alamein War Cemetery, Egypt, Grave No XXIII A 2 and is remembered on Littleborough Cenotaph, Central School and the Holy Trinity War Memorials. At the time, Donald’s widow and his 2 daughters were living at 25 Todmorden Road, Littleborough.

John was born in Milnrow on 4 February 1919, the son of John James and Florence Kershaw (nee Memory) of 57 Charles Lane. John married Elsie Ashworth at St Chads Church in Rochdale on 23 March 1940. Before joining the Army in November 1939, John was employed by Milnrow District Council. John went to the Middle East prior to Christmas 1941. Unfortunately, just over 6 months later 23-year-old Gunner Kershaw 956636, 19th Anti-Tank Regiment, Royal Artillery was killed on 13 July 1942 and was buried in El Alamein War Cemetery, Egypt, Grave No XXIII A 26. John is remembered on Milnrow and St James War Memorials. The Rochdale Observer of 15 August 1942 advised that Elsie, his widow was living at 43 Bellfield Mill Lane and his father at 57 Charles Lane. His mother died shortly after he joined up.