You are Here: Home » News » News Headlines » Call to turn site of former asbestos factory into nature reserve as councillor says it will take ‘a monumental effort’ to make it safe for housing 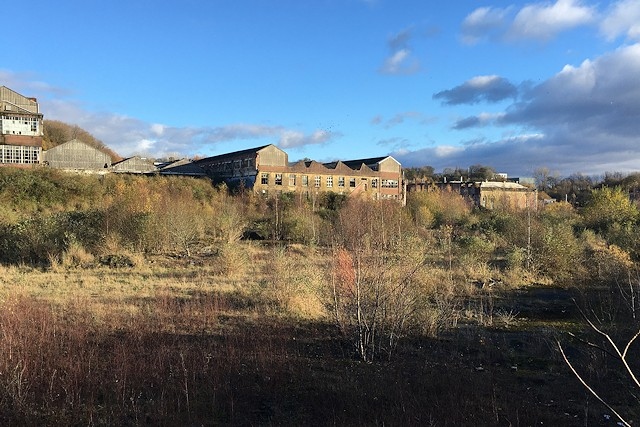 The 75-acre site, off Spod Road, in the Spotland area of the town, has a long history of industrial use, including the manufacture of asbestos, dating back to the 19th century

The site of what was once the world’s largest asbestos factory should be covered with soil and turned into a wildlife sanctuary, according to a leading councillor.

Last year ESG Trading Limited bought the old Turner Brothers Asbestos site, in Rochdale, with a view to cleaning it up and selling it on for a ‘mixed use’ scheme – potentially including housing.

The 75-acre site, off Spod Road, in the Spotland area of the town, has a long history of industrial use, including the manufacture of asbestos, dating back to the 19th century.

Exposure to asbestos can cause asbestosis, lung cancer and a rare cancer called mesothelioma.

Castleford-based ESG has assured locals it only plans to remediate the site – including a ‘nice green park’ – before submitting outline proposals to the council. The site would then likely be sold on to a developer that would bring forward detailed proposals at some point in the future.

Councillor Andy Kelly said the council’s priority should be ‘capping it and making it safe’ – with a nature reserve being the ‘only option’ without ‘billions’ being spent on the site.

Councillor Kelly, whose father worked at TBA for 25 years, told the meeting: “I’m a layperson when it comes to this. But what I do know is, for those 25 years, there was dumping of blue asbestos all over the site.

“There were diggers that would just dig a hole, drop it in and cap it.

“And it’s going to take a monumental effort to convince this councillor this is a safe site to build houses on, without question.”

Councillor Kelly insisted it was not a ‘NIMBY argument against housing’, but ‘about somebody in the future sticking a spade in the ground and getting a face full of asbestos’.

“So either we take a stance, cross-party, in this council to cap the whole thing with clay, put soil on it, turn the whole thing into a wildlife area – there’s no other option, really,” he told councillors at Riverside on Wednesday night.

“Or, whoever develops it has to excavate acres and acres and acres of land – which will cost billions of pounds – forget millions – and dig down 20 ft and do it like that. And if anyone wants to pay for that they can do.

“But in the meantime, this council should be moving towards capping it and making it safe. Anything else is just noise.”

His comments came after Conservative councillor Peter Winkler asked council leader Neil Emmott if he had made efforts to get the land formally designated as a ‘contaminated site’.

Councillor Emmott told the meeting that the site had not yet been determined as a contaminated site under the Environmental Protection Act – adding that the presence of contamination on the site did not necessarily meet the threshold for a formal declaration.

He added that the council had established there was ‘no significant risk’ from airborne asbestos, following an extensive monitoring of the perimeter area.

The leader said it remained his view that the site was contaminated, but he was a layperson, and the matter of a formal designation was now in the hands of experts.

Cabinet member for economy and regeneration, councillor John Blundell said the council was ‘adamant’ that ‘should anything happen beyond the owner doing what they are allowed to do on their own land, the council would ensure the site is safe.”

He added: “There is contamination on the site, we know that because there’s asbestos on there. I don’t think the land owners are trying to hide that. But the council is doing everything it can to be safe when it comes to that site, and members are sensitive to it.”