You are Here: Home » News » News Headlines » Three men arrested following a series of warrants in Middleton, Rochdale and Oldham

Three men arrested following a series of warrants in Middleton, Rochdale and Oldham 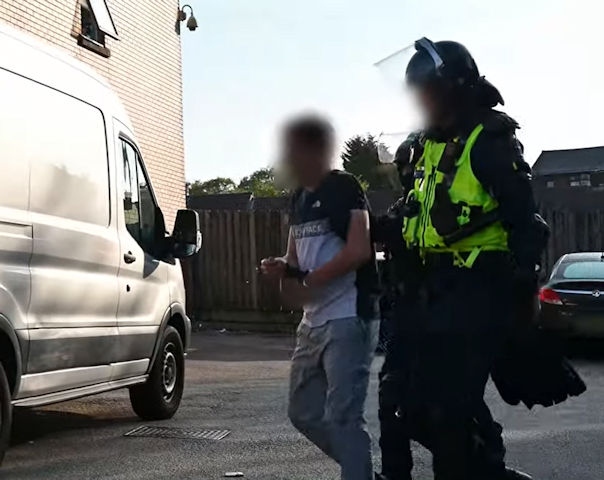 Three men have been arrested as part of an ongoing investigation into the theft of historic York stones after warrants were carried out in Middleton, Rochdale and Oldham on Wednesday morning (27 July).

Three men aged 48, 31 and 28 were arrested on suspicion of conspiring to commit theft from eight church graveyards and are currently assisting police with their enquiries.

The arrests form part of an ongoing investigation into the theft of York paving stones from historic buildings across the North West, including St Mary’s Church in Astbury, St Peter’s and St Paul’s in Ormskirk.

It is unknown if this includes the theft of York stone from Hopwood Hall, St Leonard’s Church, The Olde Boar’s Head and St Mary in the Baum.

Police Constable Rob Stordy from Cheshire Constabulary’s Rural Crime Team said: “Not only do thefts of historic stone destroy our rich history, but it impacts the heart of our rural communities.

“It’s important that we collaborate with other forces to investigate these crimes, share information and work together to get justice for our rural communities.

“I want to make it known that Cheshire is and will continue to be a hostile environment for those intent on committing heritage crime and I hope our efforts today demonstrate our pursuit in disrupting criminality by using any means necessary.”