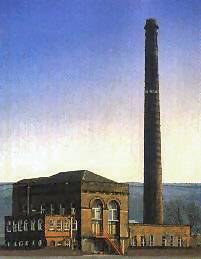 The money means that plans for restoring a recently-donated engine to its former glory and to develop a programme that will target schools and encourage older students to take up engineering as a profession can now become a reality.

Thanks to overwhelming support from supporters and residents who wanted to protect the 160 year old fully operational cotton mill engine, the Ellenroad project won your votes and your hearts!

Tim Nuttall, Tourism Officer for Rochdale Borough Council said:  “On behalf of the council and the staff at Ellenroad we are absolutely delighted to have won.

"The money is vitally important to this project and will promote the future efforts towards the upkeep and renovation of the engine house into an exciting museum of regional importance.

"These plans would not be possible if you had not shown your support for this site of great historical value, thank you so much.”

For more information on the mill, including opening times visit www.ellenroad.org.uk.