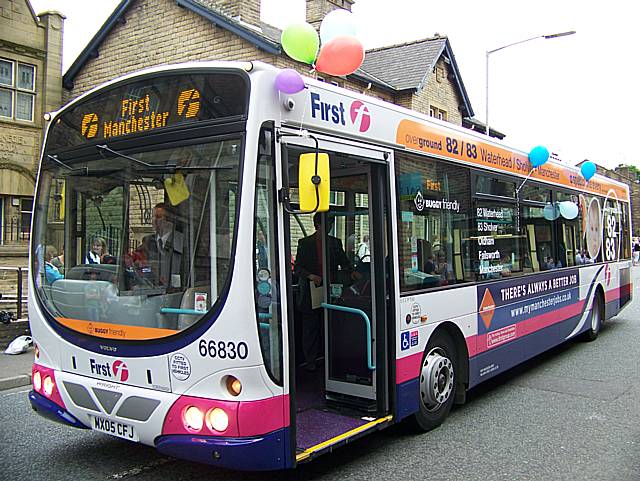 First buses have increased their fares by 8%

Rochdale MP Paul Rowen and Heywood and Middleton colleague Jim Dobbin have added their support to a Commons motion calling for First buses to re-think their price increases.

The motion was tabled by Blackley MP Graham Stringer, who will try to persuade transport bosses to use new powers to take control of Greater Manchester’s buses tomorrow (Tuesday 20 January).

Mr Stringer has launched the bid after bus giant First, which runs many of Rochdale's buses, put up fares by 8%, despite falling fuel prices.

The MP, who is a senior member of the Commons Transport Committee, will use a meeting between local MPs and leaders of Greater Manchester Passenger Transport Authority (GMPTA) to demand that they use the new powers to set the fares.

Mr Stringer said: “They put fares up when fuel went up last summer even though they had hedged against fuel increases. Now fuel is going down, they have put fares up again.

“They are using their virtual monopoly to exploit the travelling public.

“I will be demanding that the start of Plan B (after the Transport Innovation Fund referendum was lost) must be to start consulting on re-regulating the buses.”

Andrew Scholey, managing director for First in Manchester, said: “First in Manchester is facing a 10 per cent rise to its business costs in 2009 in areas such as fuel, utilities and staff costs and therefore, regrettably, we had to raise our fares from January 2.

“We appreciate nobody likes it when prices go up but we have worked hard to keep any increases to a minimum by introducing savings within our business to off-set these cost increases.”