From puppies to police dogs - a trainer's diary (Week Two) 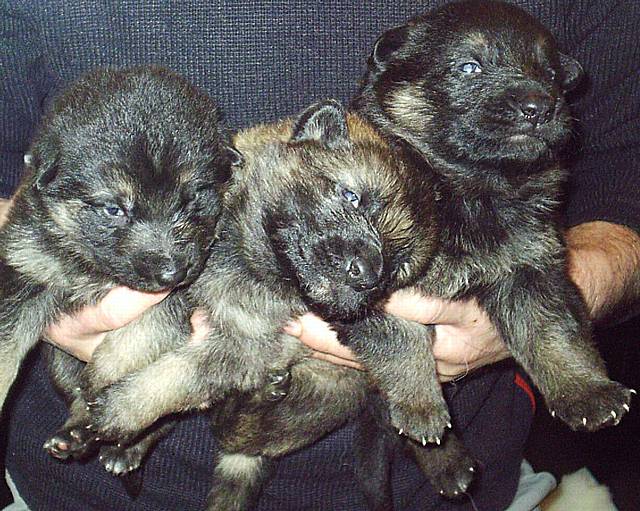 NOT READ WEEK ONE YET? Read here:

Mum is taking care of everything – feeding, cleaning and comforting. The puppies are putting on weight.

Towards the end of the second week their eyes were slowly starting to open and at last when you put your hand into the whelping box the puppies were starting to respond by investigating and licking.

So a relaxing week you would have thought. Well yes, until a phone call from Paul, the breeding manager at Greater Manchester Police informed me that a film crew wanted to come and film the puppies.

They are making a follow up documentary to “Send in the Dogs”, which was shown on television last year. They wanted to film a litter of very young puppies then return to film them again at seven weeks when we do the puppy test.

I had a very heavy workload that week with a lot of appointments booked for the Behaviour Clinic plus the evening training classes.

When was I going to scrub the kitchen and hide the chewed furniture from the previous litter? The cameraman was to arrive 3 o’clock the following afternoon – it was going to be tight but with the family’s help it could be done.

By the end of the week the puppies were beginning to walk on very wobbly legs but definitely walking and not crawling. Their eyes and ears have opened and they are much more aware of one another.