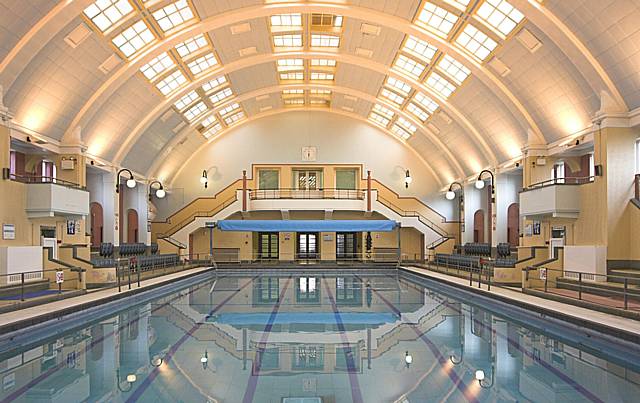 The book contains a photo of Rochdale baths, which opened in May 1937 and notes that only a few significant alterations have been made to the baths, which remain in use more than 70 years later.

Deputy Managing Director for Link4Life, which runs Central Leisure, Peter Kilkenny said: “This is a fascinating book that we are delighted to have contributed to. It really shows the rich heritage that the ‘public baths’ has added both architecturally and socially over the last century."

Original features at the leisure centre include the Turkish and Russian Baths as well as the two main pool halls.

Thousands still exercise there every week and swimming for Over 60s and Under 17s is set to be free from 1 April.

Proposals to replace the centre with a new sports centre and pool are in the pipeline as one of the new capital investment projects in culture and sport promised over the next three years by Rochdale Council.