You are Here: Home » News » News Headlines » From puppies to police dogs - a trainer's diary (Week 3)

From puppies to police dogs - a trainer's diary (Week 3) 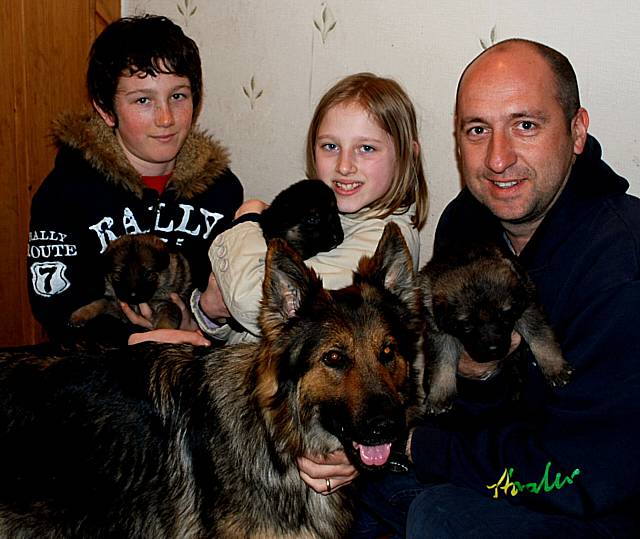 Getting big and strong: Ruby and one of her fast-growing pups

This week was much calmer but very interesting. The pups are fairly mobile and can walk about with only a little wobble.

They are very aware of one another now and during waking times they interact with licking and jaw wrestling. We have now put the bedding on only half of the box and the other half has newspaper.

It is amazing to see that at only three weeks of age they are able to wake and walk off the bedding and on to the paper to urinate. They had their first meal of minced meat at the beginning of the week and oh boy was that a hit!

We feed them outside the box and each puppy has to follow its nose to get to the food. This is one of the early problem solving exercises that the puppies have to work out for themselves and what better motivator than fresh meat.

After they eat they usually need to poo and of course this can be done outside the box as they go off exploring.

So now the house training is fully underway and by 7 weeks the puppies should be going outside to toilet. The exception being at night when some may still need newspaper if they don't have full sphincter control.

The highlight of the week for Ruby was when her family came to visit. Her owner is Steve who is a dog handler for Merseyside Police.