You are Here: Home » News » News Headlines » From puppies to police dogs - a trainer's diary - week 7

From puppies to police dogs - a trainer's diary - week 7 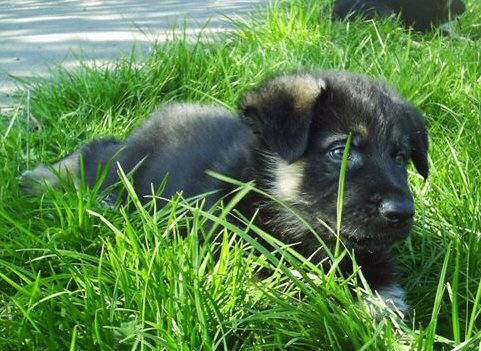 Growing up: The puppies are getting closer to being highly trained police dogs

Have you ever wondered how police dogs get to be so highly trained?

Rochdale Online has teamed up with one of Rochdale's best known dog trainers, who works as an outside trainer for Greater Manchester Police, and can reveal the grueling journey from a cuddly puppy into a strictly trained criminal catcher.

Another eventful week as the puppies are tested, selected then sent to their new homes.

Paul Quinlan, the breeding manager from Greater Manchester Police and myself devised a series of character tests which we hoped would predict adult traits.

We put many litters of puppies through the tests then tested the same puppies again at seven months and fourteen months.

After much research, modifying and redesigning over three years we seem to have now got a winning formula.

We have demonstrated the testing system to other forces and also tested outside litters when requested.

Merseyside invited Paul and myself to run the tests on this litter and of course everyone waited anxiously to see the results.

The puppies are given a series of exercises to test their reactions.

Any signs of insecurity or nervousness needs to be identified before time and money is spent on training the puppy.

The puppies are also tested for food drive, determination and prey drive. A good prey drive means that the puppy will be good at retrieving, searching and of course chasing criminals. On the whole the litter tested extremely well with just one puppy being released to the public for a pet/competition dog.

All the other puppies went to police puppy walkers destined for a career on in the police force.