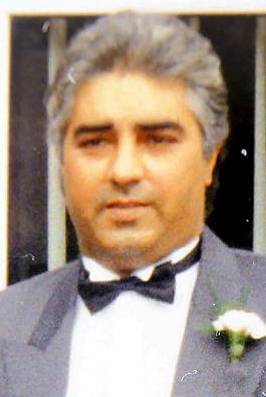 An engineer who was exposed to asbestos aged 15 has been awarded £400,000 compensation after developing terminal lung cancer.

David Smith (56) was forced to give up work in 2007 after being diagnosed with mesothelioma, an incurable cancer caused by asbestos, which kills many sufferers within months.

Mr Smith was exposed to the deadly material while working as an apprentice electrical engineer for Alstom Energy Ltd at Trafford Park.

He worked for the company from 1968 to 1980 and used cable ducting which was insulated with asbestos.

Mr Smith, who is married with three sons and has two grandchildren, set up his own business 25 years ago maintaining street lights and employed two workers.

But the business, which he had hoped his sons would take over in later years, had to fold when he became ill.

Mr Smith said it was important to him to claim compensation because he was concerned about his family’s future.

He said: “After 25 years running my own business I was devastated that I had to close it down. At 56 my life is finished.

“The compensation will not make me well again. I would rather have my health and be working. This money represents what I would have earned had I not developed mesothelioma.

“I had no idea back then that what we were working with could be so dangerous.

"We just got on with the job as we were told.

“We had no protection from the dust whatsoever.”

Mr Smith has had chemotherapy and undergone trials for new treatment at The Christie Hospital, which he hopes may extend his life for up to five years.

He added: “My illness is terminal so I will try anything I can to extend my life. I am a pioneer for a new cancer drug so they don’t know how it will go. You do get side effects.”

Mr Smith suspected he had a problem a year before he went to the Royal Oldham Hospital’s chest clinic.

He was sent to North Manchester General where a specialist diagnosed the cancer and said he had around a year to live.

Joanne Candlish, from Thompson’s Solicitors, who represented Mr Smith, said: “I am pleased we have been able to bring this claim to a successful conclusion quickly for Mr Smith.

“It was hugely important for him to protect his family’s financial welfare, which he had worked so hard to maintain. His claim included the losses caused as a result of being forced to close down his business. It was his wish that the compensation was secured in his lifetime.”

Alstom declined to comment. Thompson’s has a compensation claim advice line for such illnesses on 08000 224 224.