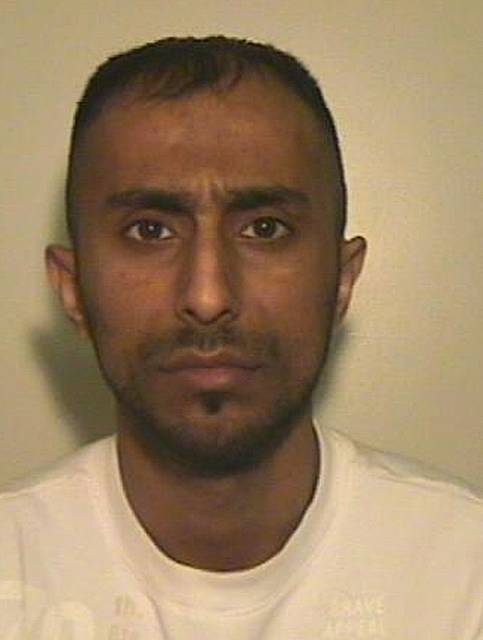 Three Rochdale men who masterminded a huge drug dealing network have been jailed for a total of 16 years.

Imran Hussain, 27, of Cutgate Road, and Zahied Aslam, 26, of Bury Road, pleaded guilty to conspiracy to supply Class A drugs.

Anjum Farooq 28, of Crown Street, Turf Hill, pleaded guilty to possession of Class A drugs with intent to supply at earlier hearings.

A complicated and protracted investigation stretching back to March 2004 revealed mobile phones had been used to arrange the sale of drugs.

The hub of the network was one telephone number in operation since March 2004, which could be called by anyone wanting to buy drugs.

Anyone wanting drugs would call the number, which is not attached to a particular phone but redirects any call made to it to another number of the owner's choosing. It is thought that between March 2004 and October 2008 this number was called more than 97,000 times and calls diverted to 26 different numbers.

The vast majority of calls were diverted to phones linked to Hussain and Aslam.

Farooq was employed as Hussain's drug-runner.

A number of the telephones were registered to Shaffi, who was in a relationship with Hussain throughout the conspiracy. The couple⿿s home and cars showed they lived a lavish lifestyle and enjoyed spending cash.

Detective Inspector Stephen Earnshaw said: "In my mind, Hussain was the main man and the hub of this conspiracy.

"Together with his cohorts he set up a drug-trafficking network and would take calls from those wanting to buy heroin and crack cocaine, arranging for the drugs to be delivered and pocketing serious sums of money.

"The fact that Hussain and Shaffi led a lifestyle far beyond their visible means of income shows how they profited from this criminal enterprise, feeding other people's drug habits to satisfy their own greed. The fact they have children did not seem to prick their conscience enough to disband their operation.

"While the quartet had varying degrees of involvement in this operation, its very existence had to be smashed by our officers and after a lot of hard work and manpower, I am delighted we succeeded in dismantling their operation.

"People who profit by manipulating and feeding the addictions of drug users do not care about the damage they are inflicting, they do not care that drug users frequently turn to a life of crime to pay for their habits and in doing so create fear among their victims, all they care about is lining their own pockets.

"We have sent a powerful message that we will monitor and disrupt this sort of criminal behaviour, no matter how long it takes, and I hope it both serves as a warning to other dealers and also as reassurance to the community that we will not allow criminals to profit at the expense of others."