You are Here: Home » News » News Headlines » Labour discipline panel decides there is a case to answer

Labour discipline panel decides there is a case to answer 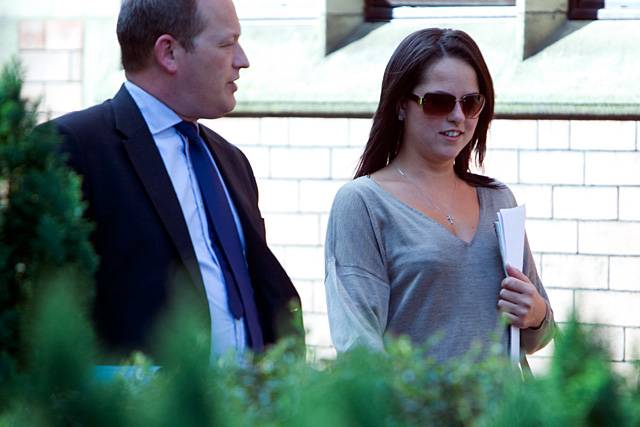 The three disciplinary panel members, Rose Burley, Maggie Cozey and chairman Jerry Hepworth, decided, having heard Mr Danczuk’s witnesses, that there was a case to answer.

Proceedings started just before 10am, half an hour late after Eric Wilson, Secretary of the Labour Party National Constitutional Committee, had attempted to get our reporter ejected from the Broadfield Hotel, where the hearing was taking place. Whilst we were not allowed into the private hearing, as a paying guest of the hotel the management refused to eject our reporter from the premises.

Two of the four charges against Jack Brassington relate to accusations of “bullying and intimidation” at meetings; Mr Dignan attempted to get the two bullying and intimidation charges thrown out on the grounds that Mr Brassington could not offer a defence because requested detailed particulars have not been forthcoming - Mr Brassington said he cannot even check whether he attended the meetings at which the alleged behaviour took place. However, the panel ruled the charges should stand.

One by one throughout the day Mr Danczuk’s witnesses were called to give their evidence, and to be questioned by Mr Dignan.

Though we were not allowed access to the hearing room, we can report that Mr Dignan clearly made life uncomfortable for a number of witnesses given their apperance on leaving the room, including Mr Danczuk who looked very stressed and agitated when he came out of the hearing room.

We offered Mr Danczuk the opportunity of a private interview - he walked away.

Ms Burke was the last of Mr Danczuk’s witnesses and though she was reported to have been distressed when starting to give her evidence - the hearing was adjourned for a short break - she left with a smile on her face.

Mr Danzuk’s estranged wife Sonia Milewski and Ms Burke’s brother Steven had been expected to give evidence in support of the seven this afternoon but the evidence and questioning of witnesses took far longer than anticipated and it will now be next weekend before they give their evidence.

The hearing was finally adjourned much later than the planned 4.30pm at around 6.30pm and will continue tomorrow (Monday 14 September) with the seven giving their evidence.