Hotel forced to pay out £21k 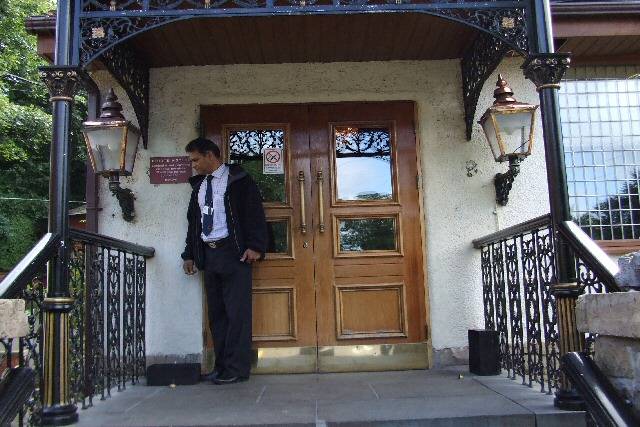 A well known North West hotel and restaurant chain has been fined thousands after shoddy electrical systems were uncovered by Rochdale Borough Council.

Deckers Restaurant Limited, owner of The Royal Toby Hotel in Castleton, Rochdale, pleaded guilty at Rochdale Magistrates yesterday (13 October 2010) for failing to ensure the health and safety of its employees and customers.

Unsafe construction and maintenance of electrical systems and circuitry on the premises had led to employee, James Cain, suffering a dangerous 240 volt electric shock which caused him to suffer a cluster of headaches.

Mr Cain was changing a light bulb to a lantern outside the Ryddings Suite on 23 June 2009 when he received the potentially fatal shock because of a broken set of earth cables on the circuit which caused the metal outer casing to become live.

The company pleaded guilty to two breaches of health and safety. They’ve been fined in excess of £21,000 to be paid within 14 days.

The council’s legal team outlined in court the gravity of the situation and the breaches of the health and safety duty by Deckers.

This led to a thorough investigation by Rochdale Borough Council which unearthed a catalogue of electrical construction and maintenance issues that the company had failed to rectify satisfactorily dating back to 2007 when they’d first been identified as part of a separate inspection report. In the interests of maintaining public safety the council served the hotel with an Improvement Notice.

Between September 2009 and March 2010 inadequate documentation or evidence was supplied to the council to confirm that remedial works had been carried out.

Andy Glover, Public Protection Manager at Rochdale Borough Council, said: “I would like to commend the dedication and hard work of the investigating health and safety officers as well as our legal team, who in the interests of maintaining public safety and upholding the law, have worked tirelessly to make sure conditions at the premises are being brought up to standard and the welfare of employees and customers is no longer being compromised.

“Shoddy electrical systems are dangerous so businesses cannot afford not to be carrying out adequate maintenance or replacing faulty equipment as a priority. The accident that led to our investigation could easily have been fatal. I hope the company have learnt their lesson and will practice more stringent maintenance checks in future.”
Further risk assessments and amendments to health and safety policies have been made and put in place by Deckers following a review since the incident and the Improvement Notice was adhered to.

Dale Mulgrew, cabinet member responsible for community safety, added: “Thankfully we have vigorous processes in place that force companies to bring their equipment up to standard else we will take action. In this case it’s a good job we did or else who knows what possible tragedies could have occurred due to the company’s poor maintenance.”