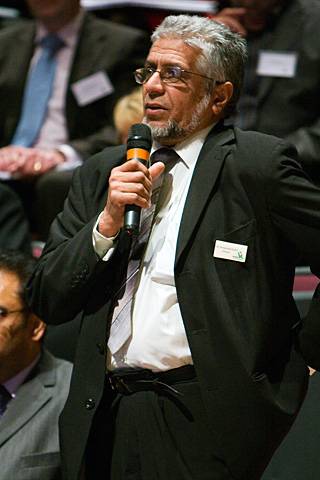 A Rochdale Councillor who today (Monday 13 December 2010) resigned from the Liberal Democrats has made racist allegations against the party.

Councillor Mohammad Sharif has resigned from the party because issues he raised with the acting leader of the party, Councillor Dale Mulgrew, have not been resolved.

In our meeting on Monday 22 November 2010, I raised five issues with you namely:

1. What are you offering to local BME community?

2. When one third of councillors in the group is unhappy with the group leadership, then the honourable thing is to resign. When are you resigning?

3. The Lib-Dem group hasn’t accepted Shah as one of your Councillors. Lib-Dem does not have equality and diversity policy at all, what are you going to do about?

4. Vetting process must be changed, because it is unfair process.

5. There are five Councillor in your group who are racist would you name them or shall I?

Since the meeting you have not responded to me nor have you have addressed those issues.

Therefore I would not be part of the group which has racist elements, and now I am resigning from LIB-DEM party, but I will continue as a Milkstone and Deeplish ward Councillor.

When asked to expand on his reasons for resigning, Councillor Sharif told Rochdale Online, “The letter is very clear.”

Speaking about the letter, Councillor Dale Mulgrew said: “Clearly there are serious allegations about racism that Councillor Sharif makes in this letter.

“The Liberal Democrats refute all allegations of racism. We have demonstrated over the years that we are committed to diversity and equality. This has led to the current Mayor of Rochdale being an Asian Councillor and he is an excellent ambassador for community cohesion."