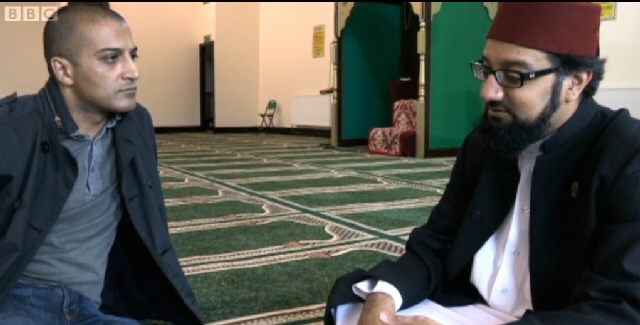 Rochdale has featured in a BBC documentary on the subject of on-street grooming of young girls for sex by Pakistani men in the UK.

In ‘Exposed: Groomed for Sex’ presenter Adil Ray investigates the subject and speaks to members of the community, the police and victims.

Part of the programme focuses on Rochdale and shows footage filmed in a mosque in the town where Imam Irfan Chishti said he wanted to “dig a hole and die” after reading a news report about Pakistani men from Rochdale who were jailed for the rape of two 16-year-old girls.

He said: “What has happened to us as a community when we have Muslims who kidnap young, innocent lives and who rape them and pillage them, crimes that we can’t even define in the limits of the Koran?”

The documentary also showed interviews with members of the Pakistani community who expressed their ‘disgust’ over the teenage rape plot case and an interview with a taxi driver who suffered abuse from customers – including being called a paedophile.

One resident interviewed said that a “small minority cast a big shadow over the whole community.”

Another said they “want the area to be known for something good – not something as bad as this.”

Adil Ray also interviewed Mohammed Shafiq from the Ramadhan Foundation who has been vocal on the subject since 2006.