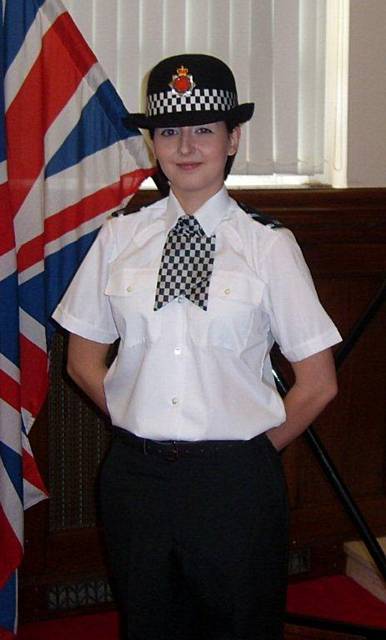 Greater Manchester Police has named the two police officers that were killed whilst on duty in Tameside earlier today.

PC Nicola Hughes, aged 23 and PC Fiona Bone, aged 32 were killed as they responded to a routine incident at Abbey Gardens in Hattersley shortly before 11am today.

There were reports that shots were fired and a grenade was also used. The two officers suffered fatal injuries and Fiona sadly died at the scene. Nicola also sadly died a short time later.

Medical teams were quickly on the scene to provide treatment and armed response vehicles secured the area.

A short time later, 29-year-old Dale Cregan was arrested after he walked into a police station in Tameside.

Chief Constable Peter Fahy said: "This is a dark day for policing in not only Greater Manchester, but in the UK as a whole, as we have lost two valued members of our team.

“Nicola and Fiona exemplified all that is best in British policing, by putting others first to go into dangerous and unknown situations each day, to help people in the worst moments of their lives.

“Our thoughts are with their families, friends, and of course colleagues, at this immensely difficult time.

“There was a huge operation in place across Greater Manchester to find Dale Cregan , with hundreds of officers and specialist units involved. These officers are shattered by what has happened today.

“We are now carrying out the fullest investigation to ensure that anyone who was involved in these events is brought to justice for what they have done.”

Colleagues of Nicola and Fiona have paid tribute to the pair, who are both described as ‘excellent bobbies’.

Fiona’s colleagues paid the following tribute. They said: “When Fiona first joined the shift, she was quite quiet and reserved. However, she came out of her shell and had a great sense of humour, always enjoying a good laugh.

“Officers loved being partnered up with Fiona as she was always calm, collected and professional and could diffuse situations with her calm gentle way. She was an excellent bobby and cared about her job and the community she served."

Nicola’s colleagues paid the following tribute. They said: “Nicky was very bubbly and loved life and socialising. She was a chatterbox and was always smiling, even after a night shift when everyone else was a bit grumpy.

“She was a good listener and couldn't do enough for people, she was a lovely friend and a great bobby.”

A book of condolence is available online at www.gmp.police.uk for anyone who wishes to leave messages for the two officers.

Debbie Abrahams, MP for Oldham East and Saddleworth, said: "I am completely shocked by this appalling news. My thoughts go out to the families, friends and colleagues of the two police officers who have so tragically lost their lives protecting us.
“It is at times like these we remember the courage and bravery of our police officers. Unlike most other jobs they sometimes pay the ultimate price in the line of duty.”

“Both officers were part of a dedicated team and I want to express my deepest gratitude for their hard work and commitment in taking criminals off our streets and keeping our communities safe.

“This is a tragic incident and a tragic day for Greater Manchester and my thoughts are with the officers’ families at this very difficult time.”