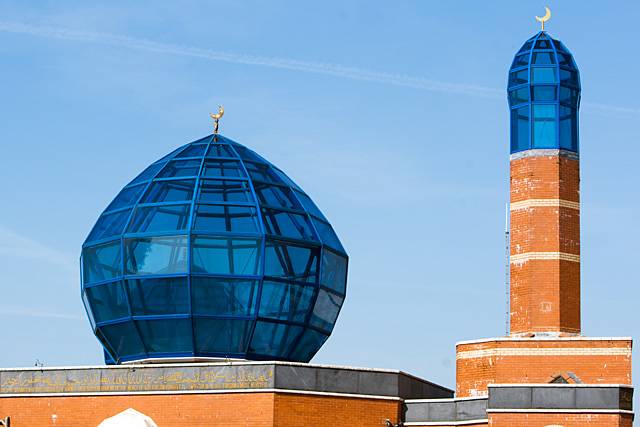 Greater Manchester Fire and Rescue Service (GMFRS) has visited around 1,000 mosque members in the Wardleworth area over the past couple of months.

Community Safety Advisors (CSAs) have been using Friday Prayers to highlight to the community the importance of working smoke alarms and Home Safety Checks (HSC).

The campaign – which has been running since September – has now concluded and more than 150 HSCs have been completed, with many more arranged, as a direct result of the initiative.

Staff also visited homes in the streets surrounding the mosques offering free HSCs to residents and encouraging people to swap their chip pans for deep fat fryers – and 35 chip pan exchanges were carried out.

CSA Robina Yasmin said: “The mosque initiative has been a great success which is demonstrated by the number of HSCs generated.

“I’d like to thank everyone who participated as they worked extremely hard, including the Rochdale Council of Mosques and Ghulam Rasul Shahzad OBE who is Chairperson of the Rochdale BME Fire and Safety Education Association.

“We hadn’t targeted this area for around three years and we thought that visiting the mosques would be a great way to reach the community. The Imam of the mosque also gave out some fire safety advice after the sermons.”

Firefighters have been visiting homes across Greater Manchester for many years to fit smoke alarms but during those visits they also provide important fire safety information and plan escape routes to give families the best possible chance of survival should a fire occur.

However, there are some households where it has been difficult to get into homes to do this work because of barriers such as language, disability or cultural custom and practices.

GMFRS staff at Rochdale Borough have recently been given an insight into Muslim beliefs, culture and traditions to help develop a greater two-way understanding of the local community and the fire service.

Community safety officers were invited to a guided tour of the new Golden Mosque in Rochdale by Mr Shahzad followed by some basic Urdu lessons.

Borough Manager Tony Lander said: “We hope to encourage more communities in Rochdale to work with us to keep their homes and families safe.

“By breaking down language and cultural barriers together with our community safety advisors, we are able to carry out Home Safety Checks in various languages such as Urdu and Bengali as well as English.”