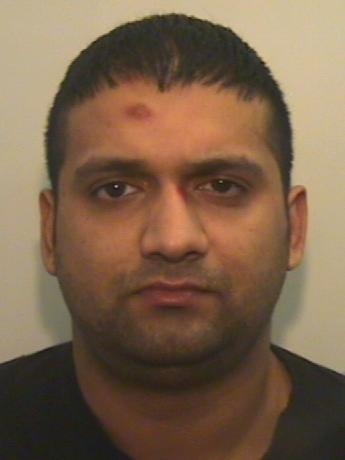 Four members of the same family have today been sentenced for their part in a half-million pound fraud.

They were charged following an investigation by GMP’s Economic Crime Unit, which liaised with the Serious Organised Crime Agency (SOCA) and the Federal Bureau of Investigation in America into an alleged multi-million pound internet fraud.

The Four Nawaz Brothers had all been using an internet forum called Darkmarket, where stolen financial information such as credit card data was shared among criminals worldwide.

The "Darkmarket" website was an exclusive club of criminals and membership was by invitation only.

In 2006, an undercover special agent from the Federal Bureau of Investigation (FBI) infiltrated the site, and over 40 arrests have been made worldwide.

They passed on information to Greater Manchester Police about a "Darkmarket" user whose identity was "TheUnknown".

Gibran Nawaz was found there and several computers and other items are seized.

Adnan Nawaz handed himself in to police a week later.

Examination of their computers revealed information of 15,000 credit card and account holders was found on computers and CDs.

Between all four of them they had several on-line identities they shared to commit fraud, such as buying, selling and using of compromised card details and laundering the proceeds of their ill-gotten gains through legitimate companies, bank accounts and "Virtual" currencies.

Evidence found by police suggested that they were intending to trade the details to make money and plotted among themselves and others to do so.

Officers also raided another house connected with the family on Russell Close, Bradford, where they arrested the other brothers; seized several more computers and £28,000 in a safe.

The family had also been laundering their ill-gotten gains through buying mobile phone top-ups using the card details of others.

Detective Constable Jim Lyons, of Greater Manchester Police’s Major Fraud Unit said: "This was a large scale fraud plot, in which 15,000 victims had their details compromised and the Nawaz Brothers were intending to make money out of them.

“The average spend per compromised card is typically £536 which gives a potential loss to the banking and retail industry of around £8 million. Due to the joint investigation by GMP, SOCA and the FBI, we managed to put a stop to this, as we acted as fast as possible. Despite this; fraud specialists from the various banks have identified the total fraudulent spend on the accounts is more than half a million pounds.

"Through the pro-active multi-team approach, this has saved the banking industry approximately £7 and a half million pounds, and stopped several thousand people becoming victims of crime.

"GMP worked closely with various banks and other organisations like SOCA, O2 (UK ltd), Interflora, UKash and the HMRC, to gather the evidence against these brothers.

“They thought they were involved in quite a sophisticated scam to make money, but the covert intervention of the FBI and then GMP put a stop to their criminal activities.

“We now have to deal with the important issue of confiscating criminal proceeds from the defendants.

“Investigations such as these send a clear message to criminal fraudsters that the authorities will pursue and track them down, there is no escape.”

Paul Ward, Intelligence manager for SOCA, commented: “This case represents the culmination of the UK end of a major FBI led investigation into Darkmarket, the most prolific English Language criminal forum identified on the internet at that time.

“These convictions are an excellent example of the value of a local to global response to cybercrime and demonstrate that by working closely with national and international partners we are better able to tackle offenders on our own doorstep."