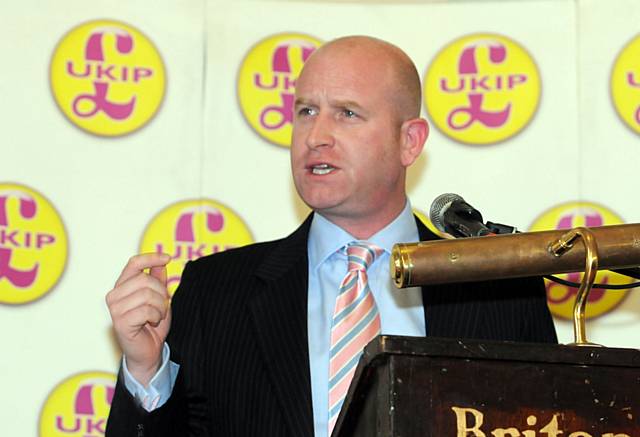 Local MEP Paul Nuttall has spoken out in support of Baroness Cox, who has a Private Members Bill in Parliament aimed at tackling Sharia councils.

A BBC Panorama investigation into Sharia tribunals was scheduled for transmission on Monday (April 8) but was postponed following the death of Baroness Thatcher.

"Baroness Cox is very concerned about the growth in influence of the 85 Sharia courts in the UK and I think she is a very brave lady to put her head above the parapet on this controversial subject," said Mr Nuttall, UKIP Deputy Leader.

"She believes that some Sharia tribunals are 'going well beyond their legal remit and some Sharia court rulings are being misrepresented as having the force of the UK law'. She is particularly worried that women are being discriminated against within these courts and are being deprived of their legal rights."

Her Arbitration and Mediation Services (Equality) Bill attempts to ensure that Muslim women are protected against discrimination and that any attempts by extreme groups to 'establish a parallel legal system will be prosecuted as unlawful'.

"I applaud Baroness Cox on her determination in following through on this issue which is not an easy thing to do in these politically correct times. She is anxious that there should not be two concurrent legal systems operating in this country and is particularly concerned that women should not be discriminated against," said Mr Nuttall.