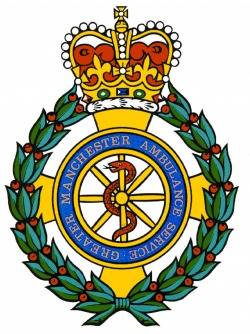 The North West Ambulance Service NHS Trust (NWAS) has ended the 2012-2013 financial year on a high note, with a glowing report from the Care Quality Commission (CQC) and the publication of its end of year performance figures which exceeds the Government target for the most life-threatening calls.

The largest ambulances service in England, serving over seven million people, NWAS recently hosted an unannounced visit by the CQC, who inspected the Greater Manchester emergency control centre, a number of ambulance stations and spent time at hospital Accident and Emergency departments.

Last week, the organisation published its findings and made the following positive points:

The report was published the same week as the Trust announced its performance figures for the year, which showed it has exceeded the Government targets for Category A calls, 76.43% against the target of 75% for the region. This comes despite a 5% increase in the number of 999 calls received - 1,170,154 compared to 1,113,398 the previous year.

Director of Operations, Derek Cartwright comments: "We’re extremely pleased with the outcome of CQC’s visit and our performance figures – both of which demonstrate a successful emergency service which puts patient care at the forefront of everything we do.

"There have been some extremely challenging times during the last 12 months, we have seen a number of weekends where activity has been similar to that of New Year’s Eve – usually our busiest period but throughout those times and we were very proud to send a number of our staff to London to assist with emergency medical services for the Olympic Games. We also became the first UK ambulance service to achieve Investors in People Gold award.

"We hope this year to become a Foundation Trust which will mark another significant period in our development and we continue to invest heavily in our frontline service – for example between now and July we will be adding an additional 33 emergency vehicles to our fleet.

"Throughout the year, our staff have been unfailing in their commitment to both the Trust and our patients. I am very proud of both staff and the management team who have all contributed to improving standards. However, as we head into a new financial year, we cannot breathe a sigh of relief – there is always room for improvement and we will always be faced with challenges which we must overcome."