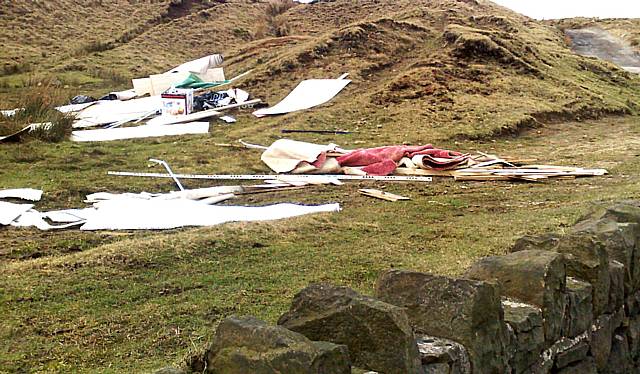 A new Private Member’s Bill proposes to tackle roadside litter once and for all after the Government delays again over taking real action.

Conservative Peer Lord Marlesford will today introduce a Private Member’s Bill to the House of Lords which will close the loophole that allows people who litter from cars to dodge fines.

The cost of clearing up this roadside litter contributes to a bill for English councils which reached £863 million in 2010-11, not to mention additional spending to clear litter along motorways and trunk roads. A poll of its members by The AA discovered that 75% thought roadside littering is a serious problem.

Under existing law it is a criminal offence to throw litter from a vehicle. Councils are able to fine people up to £80 if they can be shown to have thrown litter from a car. In practice however, councils find it very difficult to use this power as it is often impossible to prove who within the car was responsible for throwing the litter.

In June 2012, a new law came into force which allows councils in Greater London to issue a civil penalty for littering, similar to a parking fine, to the registered owner of the vehicle, who would then be responsible for paying the fine. This is a standard legal procedure which currently applies for speeding fines, seat belt offences, parking infringements and fly-tipping. If the owner of the vehicle was not the litterer, they will be able to nominate the guilty individual to pay the fine. Lord Marlesford’s Bill would extend this new civil penalty for littering from vehicles to local authorities across England, allowing those outside London to have cleaner roadsides.

Samantha Harding, CPRE Stop the Drop Campaign Manager, says: "When people get away with littering we all end up footing the bill. In a perfect world people wouldn't toss litter from their cars, but the fact is they do, and so councils should have an effective way to fine them. This is not about just bringing in a new penalty, it’s about actually achieving behavioural change - and that’s what this bill delivers."

Lord Marlesford says: "Nothing degrades a road more than litter. The roads in England are some of the dirtiest in Europe. And it can so easily be dealt with.

"I want action not words, so I am asking Parliament to do two things. First to deter people from littering from vehicles by making the vehicle owner pay a fixed penalty of £80, whoever has thrown the litter out of it.

"Second to require local authorities, which spend over £800 million clearing up litter, to report each year to the public, whose money it is, how much they have spent on litter clearing contracts, with the names of the contractors and the roads for which they are responsible and to certify that they are satisfied that the job has been done. That will enable people to complain about dirty roads direct to local authorities or to contractors."