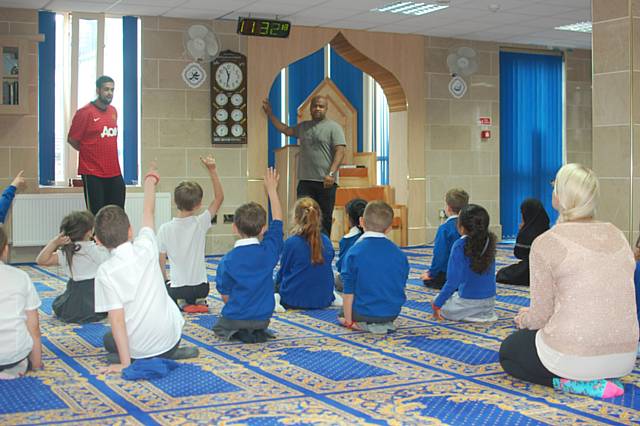 Each school visit went through some basic fundamental beliefs of Islam in a "fun and interactive way" followed by a tour of the Mosque which highlights some of the key functions and features within the building.

Ruhel Khan, Primary Schools Programme Coordinator said: “The Primary School Programme 2013 was a massive success; this was our sixth year and each year seems to get bigger and better."

The programme took almost six months of planning and the demand for places is getting higher each year with all the allocated slots being taken up several weeks before the start of the programme.

From the launch in 2008 to present, more than 5,000 children have taken part in the Primary Schools Programme.

Mosque Secretary Imran Ahmed said: “The mosque has a responsibility of educating the wider community on Islam especially with the current climate and our Schools Programme is just one of the many initiatives we take..”

Neeli Mosque is part of UK Islamic Mission (UKIM). The UKIM is one of the oldest nation-wide Islamic organisations in the UK. UKIM has different strands of work which include Relief, education, running Mosques and supplementary schools as well as community cohesion and interfaith activities. UKIM is a registered charity organisation as well as one of the founding members of MCB a national umbrella body for Muslim organisations in Britain.

If you would like to visit the Mosque or require more information, please contact Ruhel Khan on 07884065561 or ruhel.khan@ukimrochdale.org