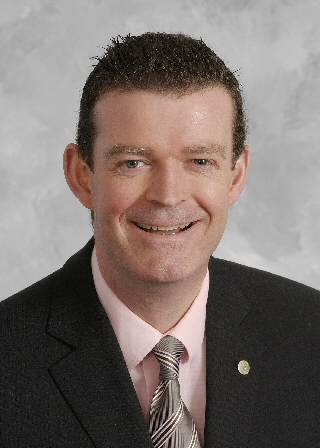 Other senior council officers will also get huge increases at a time when public sector workers pay increases are capped at 1%.

The salary increases were recommended by the Hay Group which describes itself as “…a global management consulting firm that works with leaders to transform strategy into reality.” In a study of RMBC executive pay, it found that salaries were significantly lower than other local authorities in Greater Manchester.

The Hay Group say Mr Taylor is the lowest paid chief executive in Greater Manchester. Their report concludes that the remuneration of this post is currently paid below the lower quartile of the market and significantly lower than the current market median, which is £180k.

In a statement, Councillor Colin Lambert, Leader of the Council, said: “We have been looking at pay and grading across all levels of the council and introduced the Living Wage policy for our lowest paid workers. Included in our review of the management structure is a repositioning of Rochdale within the Greater Manchester hierarchy.

"It is not good enough that previous management and leadership has allowed this council to linger at the bottom of the league.

"I believe this slimmed down and focused management team is what is required to support front-line staff in delivering improved services to our communities and with our partners bring future prosperity and jobs.

"This is worthy of a borough seeking to be a premiership player.

“After years of uncertainty we have now got in place a team who will provide us with the stability we need to improve our services. They are the right team to steer us though the difficult times and upcoming challenges the borough faces.”

The recommendations will be put to a full meeting of the Council next week, when the proposal is expected to be ratified, though some councillors are expected to vote against.

Conservative Group Leader Ashley Dearnley said: “There is no doubt that Jim Taylor works very hard and is very fair. This is the best team that I have seen in 30 years on the council.

"However, if this is implemented, it will do nothing to bridge the growing pay gap between the public and private sector. Pay for council staff has been held down to a 1% increase and we need to think about what is fair and acceptable bearing in mind that the Prime Minister’s salary is only just over £140,000.” He said that the Conservative Group would be meeting later in the week to discuss the proposals.

Councillor Andy Kelly, Leader of the Liberal Democrats in the borough, told Rochdale Online: “This will be a very bitter pill for rank and file council staff to swallow. They are suffering a below-inflation pay rise and there have also been widespread redundancies.”

At a media briefing held this morning at Number One Riverside, Colin Lambert tried to play down the big increases and said that considerable savings had been made since Labour came to power, there was now a much leaner ‘fit for purpose’ management structure.

A spokesperson for Rochdale Borough Council said: “In 2010 the council leadership team was 24 officers costing £2.63m. Now there are 10 officers doing this work and we have saved £1.48m.

"We currently have and will continue to have the lowest cost management team of all the large councils across Greater Manchester.”

Rochdale residents are less understanding. Alison Unwin of Firgrove said: “What are they thinking? How can this even be considered with so many needier people in this town having cuts in [their] effective income. It’s unbelievable. Is there no way to stop this from happening?”

Paul Greenwood said: “It's fine. Just make the disabled lose even more council tax benefits to pay for it! Perhaps another 25% kick in the teeth!”