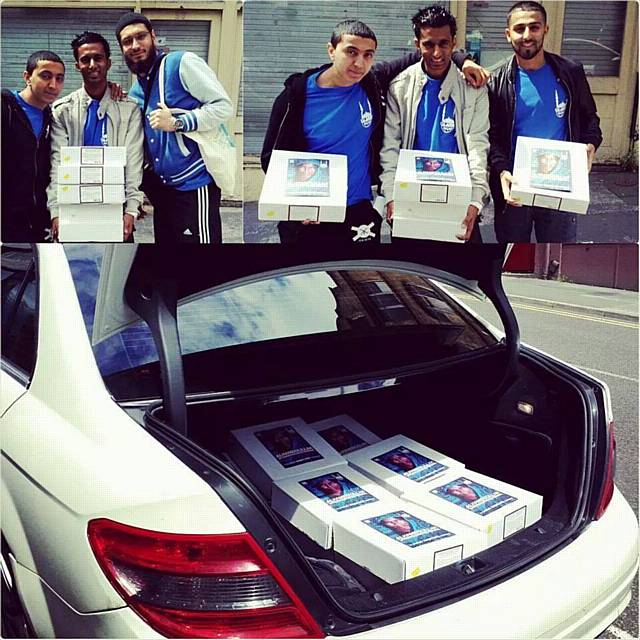 Muslim volunteers fasting for Ramadan have delivered over 5,000 cakes across the UK for Islamic Relief’s Cakes4Syria fundraising effort, raising £26,455 in its first week alone

Muslim volunteers fasting for Ramadan have delivered over 5,000 cakes across the UK for Islamic Relief’s Cakes4Syria fundraising effort, raising £26,455 in its first week alone.

Currently, 147 cakes have been sold in the Rochdale area.

The Ramadan fundraising scheme was launched in Bradford last year and has gone national this year due to increasing concerns about the deteriorating humanitarian situation in Syria.

Over six million Syrians are in need of humanitarian aid. Around four million are internally displaced within Syria and there are more than 1.7 million refugees, making Syria one of the worst humanitarian disasters of modern times.

Famous participants of the effort include journalist Jon Snow, and political journalist and author Mehdi Hasan.

Zia Salik, Islamic Relief’s Community Fundraising and Volunteer Manager, said: “This is an idea that came from the grassroots, from our volunteers, and the response has been just fantastic.

Our team of volunteers have already delivered thousands of cakes; with thousands more still to be sent out. We’re well on the way to smashing our fundraising goals for Cakes4Syria this year, which means more money will go to support Syrians who are in huge need.”

£5 from the sale of every cake will be donated to Islamic Relief’s Syria appeal. Deliveries take place on Sundays and Thursdays until 29 July which heralds Eid al Fitr and the end of Ramadan.