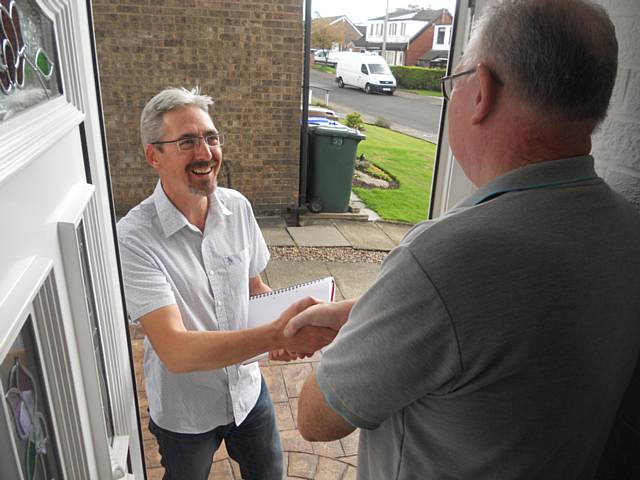 Anthony Smith was selected unanimously tonight (Monday 15 September) as the Liberal Democrat candidate for the Heywood and Middleton by-election at a meeting of all Liberal Democrat members in the constituency.

Mr Smith has lived in Heywood and Middleton for most of his life.

The father of four and local businessman has pledged a focus on building a stronger economy in the area, getting better jobs and training opportunities for young people. He is launching a campaign to turn the derelict Castleton Carnegie library into a centre for small businesses.

He will also focus on crime in the area following the closure of Heywood Police station.

Mr Smith said: “I am privileged to have been selected for my home town and am committed to building a stronger economy and a fairer society right here in Heywood and Middleton.”

“The Liberal Democrats are the only party holding Labour to account in Heywood and Middleton and I will carry on the proud tradition of people like Cllr Peter Rush in standing up for my neighbours and friends in the local area.”

“Things have not got better fast enough in Heywood and Middleton; it is time for a different voice to Labour to be heard.”

He said: “Growing up I left school at 16,worked on a shop floor, faced redundancy, reskilled and ran my own business. I know how hard individuals in our area have to work to support their families. This is why I am a proud Liberal Democrat, they make looking after family that little bit easier, providing free school meals for under fives and giving tax cuts to the people who earn the least instead of those that have higher incomes and can take more of the load.”

The by-election was called following the sad death of Jim Dobbin MP. Mr Smith said: “Jim was a true gentleman and a man of integrity who had the rare gift to cross political divides and work with people from all backgrounds. Our thoughts are with his family”.