You are Here: Home » News » News Headlines » Amanda Fleming back with new film about the lifestyle of drag queens 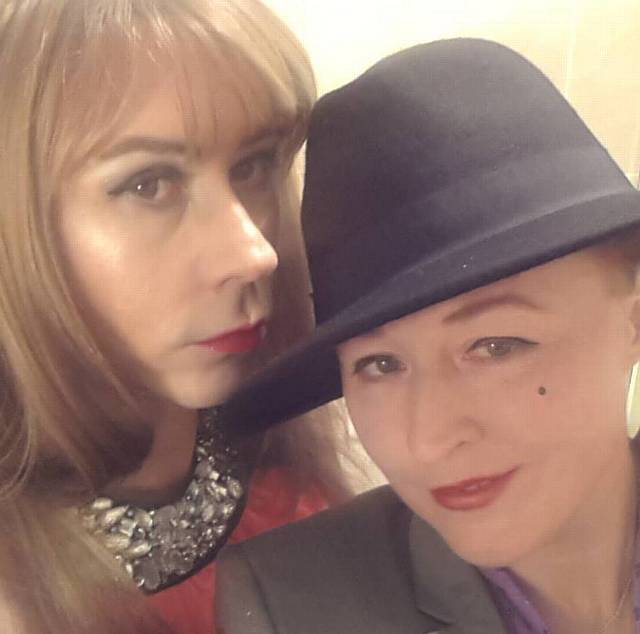 David Carlisle and Amanda Fleming from What a Drag

Rochdale actress Amanda Fleming is back with her latest short film, ‘What a Drag.’

Amanda, who is riding high after her success at the Cannes Film Festival has written, produced and directed the 30 minute short film that looks into the lifestyle of drag queens.

Speaking about the film, Amanda said: “I originally wanted to do a TV series but I was advised that the best way to get your name out there was to hit the film scene so that is what I am doing. Over the passing months me and my friend who is a drag queen have had this discussion about doing something and we decided to get together and make a 30 minute short.”

The film is a docudrama but is described by Amanda as mock-u-docudrama.

She added: “There are a lot of serious docudramas out there that people watch but a lot of them are scripted so I think we wanted to bring the comedy side to that genre. We worked with improvisation and really wanted to show the humorous side to the docudrama.”

So far the film has been accepted into a number of international film festivals with Amanda seeing a positive reaction to it.

“So far it has been accepted into three festivals and we have another eight that are set to watch it and make a decision on it. We are trying to push it as much as we can and get it seen by as many festivals as possible,” added Amanda.

‘What a Drag’ is the first film in a series of three. Amanda is planning on making the films into a comedic trilogy and is planning to have the second and third films ready next year.

“I think I will start storyboarding film number two in December” said Amanda. “We are then looking at filming in January with filming for film number three planned for April.”

‘What a Drag’ has come off of the back of Amanda’s success at this years Cannes Film Festival. Amanda appeared at the festival whilst promoting ‘Titans of Newark,’ a film which she stars in.

She said: “This has definitely come off of the success of Titans. Titans is still winning awards and recently China and Russia bought the rights to the film for a year. I am also getting fan mail which is strange. At Cannes as part of the networking events people were really encouraging everyone to make their own stuff so it has all kind of gone from there.”