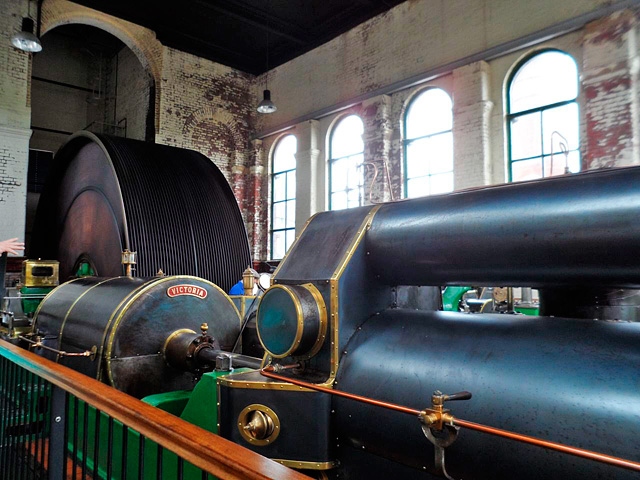 The future of one of the last surviving powerhouses of the industrial revolution in the north of England is under threat after an unexpected demand for £7,000 per annum from United Utilities  for surface water drainage. This figure dwarfs the income the Trust receives from visitors, which is currently around £5,000 per annum.

Ellenroad Engine House is a scheduled historic monument and museum in Rochdale which is staffed and run by volunteers from the Ellenroad Steam Museum Society on behalf of the not-for-profit Ellenroad Trust. The building houses the world’s largest working steam mill engines – named Victoria and Alexandra - the sole working survivors of the great twin horizontal tandem compound steam engines that powered Lancashire’s mills throughout the latter part of the industrial revolution.

Ellenroad Steam Museum Society chairwoman Zoe Renshaw said: “We have written to them [United Utilities], explaining that we are a charity, the building is operated by volunteers and we can’t afford it.

“They have told us that, unless we are a scout group, place of worship or a sports club, we have to pay it. We’ve tried to begin some kind of dialogue with them, but they just keep referring us to their website.

“We need to resolve this issue as soon as possible, or the north of England might lose this invaluable part of its history forever.

"We are directly appealing to United Utilities to enter into a serious discussion about how we can move forward and reach some kind of resolution.

"We would also be delighted to hear expressions of support from other interested parties.”

The Trust has a statutory obligation to maintain the building and engines, which means that the engines must be regularly turned over to remain viable. However, the high cost of coal, oil and other essentials means that the engine house can only open to the public once a month. A small entrance fee pays for the coal and water, etc needed to run the engine, with any surplus funds used to repair and maintain the building and engines. This is the sole source of revenue for the Trust.