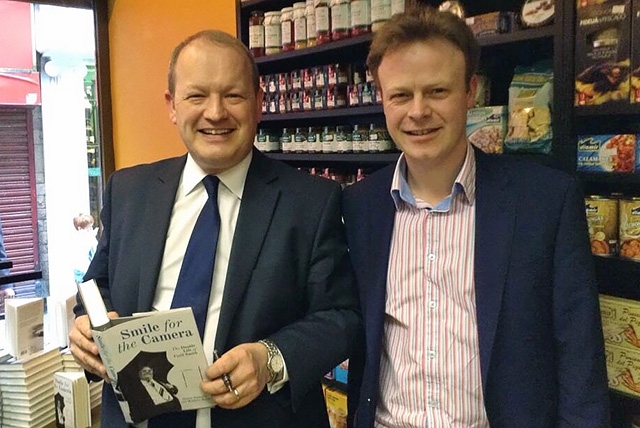 Matt Baker, the right hand man of Rochdale MP, Simon Danczuk over the past eight years is leaving his job with Mr Danczuk.

Speaking to Rochdale Online, Mr Baker said: “I've worked with Simon since 2007 and am very proud of what we've achieved together. I was delighted to have played a part in helping him gain a massively increased majority last month. But after eight years I feel ready for a new challenge and am looking forward to doing something different.”

Mr Baker arrived on the Rochdale political scene in 2007 after Mr Danczuk had been selected as the Labour Party parliamentary candidate for Rochdale in the 2010 General Election.

As Mr Danczuk’s campaign organiser in both the 2010 and 2015 General Elections, Mr Baker orchestrated two extraordinary victories for Mr Danczuk. The first in 2010, against the odds and the national trend as Labour was well and truly routed, saw Mr Danczuk beat incumbent MP Paul Rowen to take the parliamentary seat of Rochdale. The second, this year, saw Mr Danczuk increase his majority to a record 12,000.

An accomplished writer, Mr Baker is credited as co-author of a book with Mr Danczuk, Smile for the Camera: The Double Life of Cyril Smith, however, it was in fact Mr Baker who researched and wrote the book.

Mr Baker’s methods have at times been controversial, during the 2010 election campaign he was exposed as having a number of accounts on internet forums and using those accounts to support Mr Danczuk and attack his opponents and critics.

There can be no doubt that Mr Danczuk will struggle to replace Mr Baker.

Mr Danczuk said: "I've really enjoyed working with Matt for the last eight years and am really grateful for his advice, support and friendship. I will miss his input."

It is understood Mr Baker will leave his position at the end of July giving Mr Danczuk time to recruit his replacement.