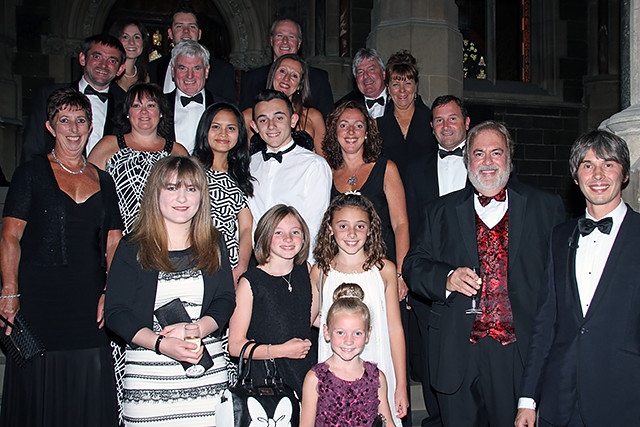 Over 200 people attended the first ever Northern Lights Charity Ball on Friday evening (11 September) to raise money for Springhill Hospice and other local charities.

Held in the Great Hall of Rochdale Town Hall, the event was organised by The Rochdale Man of the Year Trust, and was attended by the Mayor and Mayoress of Rochdale, Simon Danczuk MP and over 200 guests. Professor Brian Cox was the speaker and the three-course meal was prepared by local chef Andrew Nutter.

Harry Bell, the Man of Rochdale, said: “This is fantastic. We are here this evening to raise money for Springhill Hospice, which needs around £8-9,000 a day to keep the doors open, an extraordinary amount of money, as well as other local charities.

“I feel like a bit of a fraud because this was my idea but my family and friends have been great in organising this whole thing. I have to thank them all for all of their hard work.”

Two raffles and two auctions were held to help raise money for the chosen charities. Guests were treated to entertainment and music.

The event was sponsored by Develop and Hanson Springs.