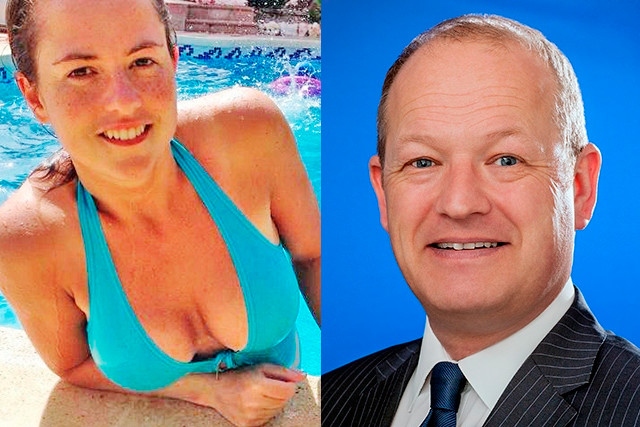 Simon Danczuk paid his wife, Karen, a total of 621 hours overtime on top of her salary whilst she was employed by him as a 'caseworker' - the highest of any MP; now a Freedom of Information request has revealed that the overtime was paid at time and a half.

Dave Hennigan, former Liberal Democrat agent in Rochdale, said that when he was working for Paul Rowen, Mr Danczuk's supporters subjected Mr Rowen to "personal attacks" about his expenses, yet they were significantly less than Mr Danczuk's.

He recalled a particular incident where Danczuk supporters turned up at the MP's office dressed as bananas - because Mr Rowen had claimed for a banana for an intern. Mr Hennigan says that Mr Danczuk employing his wife and then paying her overtime at time and a half is "hypocrisy of the highest order", he said Mr Danczuk could "buy bananas for half the school children in Rochdale for what he paid his wife".

Councillor Andy Kelly, Rochdale's Lib Dem Parliamentary spokesperson, said: "We all know that the Danczuks use every avenue to squeeze every penny out of the taxpayer. The amount of overtime paid to an unqualified 'caseworker' beggars belief."

Asked to comment, a spokesman for Simon Danczuk said: “This member of staff was on a part time contract of four hours a week for a significant period over the last Parliament, but regularly worked additional days during busy periods.

“These days were correctly recorded as overtime, which accounts for a substantial portion of the overall overtime figure.

“Simon believes in paying his staff properly for the work they do and ensuring they are compensated for working outside their contracted hours.

“He does not consider an average of less than 2.5 hours of overtime a week over five years to be excessive.

“This member of staff no longer works for Simon’s office.”

Peter Davis, Compliance Officer of the Independent Parliamentary Standards Authority: "I can inform you that Karen Danczuk reduced her constituency office working hours to four hours per week with effect from 12 June 2014."

Asked how Mr Danczuk can square his statement that his wife, Karen, was employed on a "part time contract of four hours a week for a significant period over the last Parliament", with that of the IPSA Compliance Officer (above), a spokesman for Mr Danczuk said: "Our comment on this hasn't changed."