You are Here: Home » News » Sport News » Rallying: Brown heads for pre-season warm up in Wales

Rallying: Brown heads for pre-season warm up in Wales 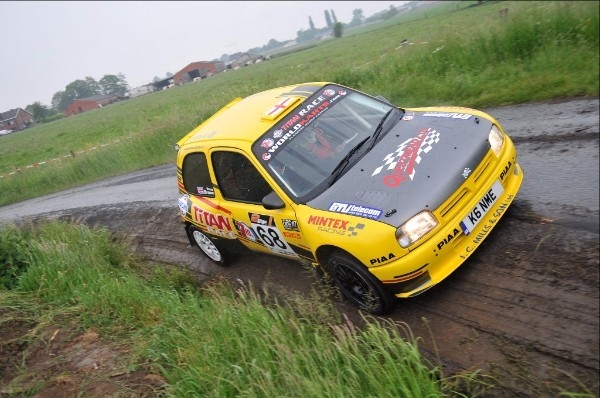 Brown has secured the deal to ensure he has a pre-season test, before heading to Belgium to contest the Flanders International Rally Challenge later in the year.

After a successful season behind the wheel of his popular Nissan Micra Kit Car, Brown has decided to make some changes to the car ahead of another campaign on the Challenge.

Suffering from a power shortage compared to other contenders in the hotly contested two wheel drive class, Brown has spent the winter upgrading the Nissan but won’t have the car ready in time for the first round.

To ensure he doesn’t miss the first round in Belgium, he has will use a Honda Civic Type R for the opener. After a brief test earlier in the month, Brown was comfortable in the car but has since lodged an entry to this weekend’s circuit based event to ensure he is ‘match fit’ when he crosses the channel to contest Rallye Salamandre at the end of April.

The 28-year-old engineer will be co-driven once again by Paul Stringer and the duo will be looking to get the most from the Honda during the all asphalt event in North Wales. Whilst class honours may not be at the forefront of Brown’s mind during the weekend, he is confident of settling in quickly to the new machine.

“It’s a great opportunity to be able to use a different car whilst the Micra is undergoing some changes to I really do need to grab it with both hands” he says.

“Despite a test a fortnight ago, I do think it would be a little risky to head to Belgium without some prior competition experience in the car. I know the roads over there are very much different to the race circuit of Anglesey, but seat time really is important and it will help get a feel of the limits of the car before we go.”

The event consists of fifty stage miles over ten stages on the circuit complex during Sunday 9 April.