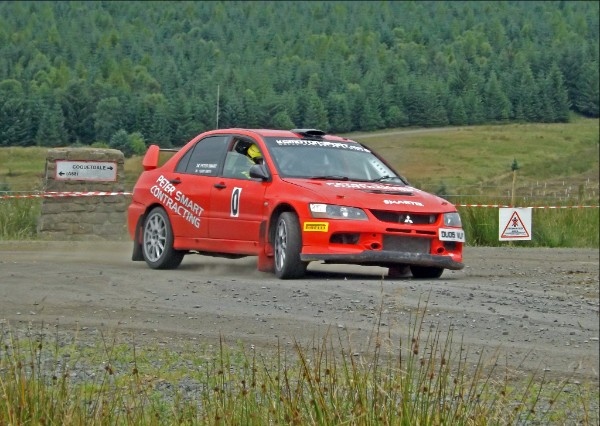 Rochdale rally driver Steve Brown will mark his return to active competition with a new car for the forthcoming Heroes Rally at Weeton Army Barracks where he will drive a Mitsubishi Evo IX on the event (24 September).

After a turbulent year behind the wheel of a Honda Civic, which forced him to abandon plans to contest the remaining rounds of the Flanders International Rally Challenge, Brown will make his comeback to the sport at the end of the month and will drive a four wheel drive car for the first time in anger.

The 29-year-old is well known for his impressive results behind the wheel of a Nissan Micra Kit Car and has taken several class titles in the National Asphalt Championship, and more recently recorded a class podium in the FIRC in Belgium in 2016.

His plans to upgrade the Nissan took a back seat when he was offered the loan of a more powerful Civic, but his season was cut short and he has been on the sidelines since May.

After a last minute call up to drive the 'zero car' at the Tyneside Stages in August, Brown needed to adapt quickly from his usual front wheel drive car to the turbocharged four wheel drive Mitsubishi. However, the role required Brown not to drive at a full competitive speed which allowed him to ease his way into the unfamiliar car.

When he was subsequently offered the opportunity to compete in the car at the Heroes Rally, Brown jumped at the chance.

He said: “It was only by chance that I got to drive the Mitsubishi on Otterburn last month when they needed a driver for the safety car.

“I was actually working at the time but when someone asks a question like that you do not refuse.

"It was a fantastic car to drive and such a massive difference to the Nissan and Honda but I settled in well and came away thinking that I would love a proper go in the car.

"Thankfully, now I will get my chance but it will still be a very steep learning curve so the plan is to just enjoy the experience and learn the car. If we get a decent overall position then I will be happy”.

With regular co-driver Paul Stringer committed to another seat, Brown will be partnered by Jane Edgington for the event.