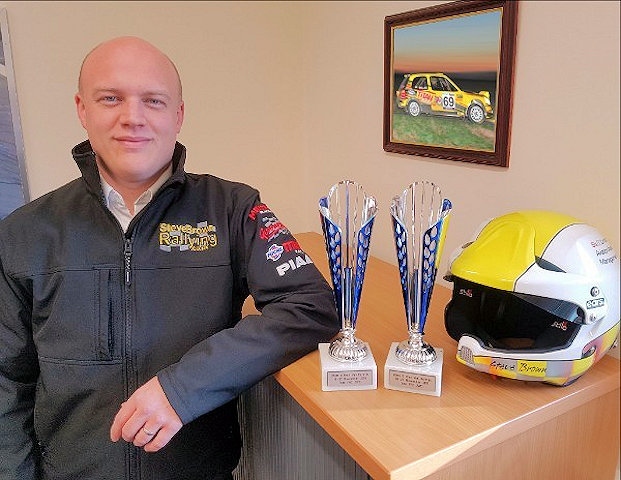 Local rally driver Steve Brown will make his competitive Rallycross debut at the final round of the BTRDA Clubmans Championship at Croft Race Circuit on 5 November.

The Rochdale driver has endured a turbulent year in the sport and hasn’t finished an event since his Flanders International Rally Challenge outing at Rallye Salamandre in April.

Despite a gigantic effort from Brown and a shift from his Nissan Micra Kit Car to a Honda Civic and then a Mitsubishi EVO IX, luck has not been on his side and mechanical woes have made his season one to forget.

Brown said: “I was beginning to give up all hope of having any success at all this year really.

“The plan this season was to rebuild the Micra Kit Car for more power and when we were offered the loan of a Honda Civic for the Flanders International Rally Challenge in Belgium we jumped at the chance.

"With work commitments I couldn’t contest every round, but aside from the round we did in my old Nissan which was loaned to me, I haven’t managed to finish an event this season. It was starting to get a little depressing to be honest”.

Now, thanks to the ongoing support of his sponsors and Bellerby RX, Brown will make his debut in the ultra-competitive BTRDA Clubmans series, joining the championship for its final round in North Yorkshire in a few weeks’ time.

The car Brown will use has a proven pedigree, taking second overall in the hands of Drew Bellerby in 2017 BMW MINI Rallycross Championship and now Brown will make the switch to one of the most popular motor sports in the UK.

Brown said: “I’ve always loved Rallycross and this is really an amazing opportunity for me, I’ve grabbed this with both hands.

“It has everything you want as a rally driver. The surface change from asphalt and gravel will make it really unpredictable for me but I’ve competed on both surfaces in my rallying career so I’m hoping that won’t be so much of an issue.

"It’s the other people out on track at the same time which will be the hardest to get used to. I only usually have Paul [Stringer - co-driver] to shout at.”

Brown says he is grateful for the ongoing support of his dedicated sponsors for this opportunity and to Bellerby RX Racing team for their help in putting the package together.

He added: “I’m indebted to Tom Watson at 710 Oils and Fuchs Titan Race for this amazing chance to try Rallycross and of course Dave and Drew Bellerby for the loan of the Mini. I’ve not looked forward to an event this much in ages but I need to remain focused. I’m determined to bring it back to her in once piece."