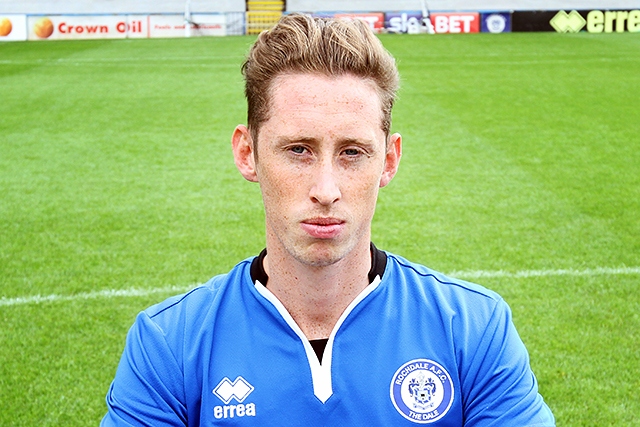 Rochdale’s Joe Bunney has completed a move to Northampton Town for an undisclosed fee.

He has signed a two-and-a-half-year deal with the Cobblers.

Bunney leaves after almost five years at the club, having joined Dale from Northwich Victoria in March 2013. He burst onto the scene, scoring on his debut.

Since then, the 24-year-old has gone on to make almost 150 appearances.

A spokesperson for the club said: "The club would like to place on record its thanks to Joe for his contribution and commitment to the Dale cause during his time at the club and wish him all the best for the future."