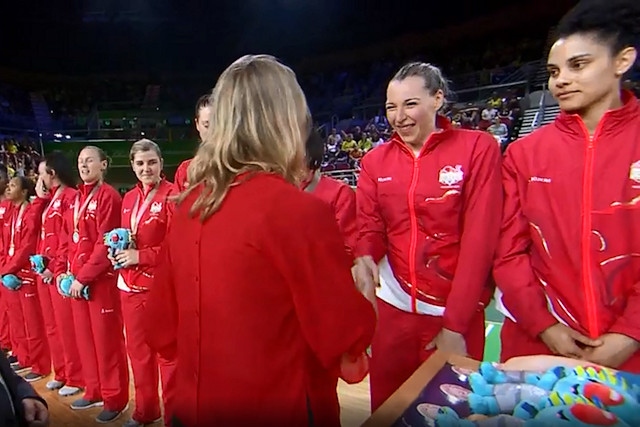 Mollie Campbell, from Whitworth, is presented with her silver medal

The England women’s basketball team, including a student from Whitworth, won silver  at the Commonwealth Games in Australia.

Mollie Campbell, 23, from Whitworth, was a member of the England squad playing in this year’s Gold Coast Games.

England reached the final after beating Canada in the semi-finals, facing host nation Australia, who they took on during the pool stage.

Australia lead 26-10 after the first quarter and 49-31 after the second quarter. Seconds before the half-time buzzer, Campbell scored, netting an additional three points. Despite their best efforts, England were defeated 99-55, clinching a silver medal.

Campbell, the youngest player in the England squad, who currently plays for Leicester Riders and the Great Britain Women's team, is a third-year student at Loughborough University, where she is studying sports design and technology.