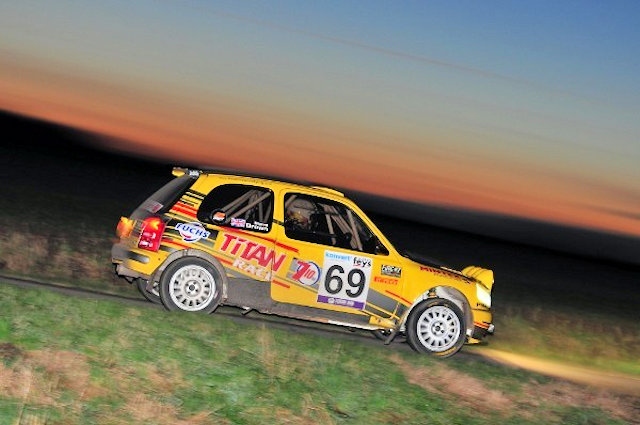 Brown returns to action in the Nissan Mica Kit Car

Nissan Mica kit car driver Steve Brown will make a return to the Flanders International Rally Challenge (FIRC) in Belgium this weekend after solving recent power issues in his newly rebuilt machine. He will contest Les Boucles Chevrotines which forms round six of the series (4/5 August).

Brown has endured a tough start to the season after the Nissan took longer than expected to be ready after 12 months out of active competition due to development work. After using a historic specification Mintex backed Mini Cooper as a stand-in, the Rochdale driver was pleased to welcome the Micra back into the fold at the invite-only Rallye Festival Transmiera in Spain in April.

The non-competitive format of the event offered a perfect shakedown for the car which had seen both engine and suspension alterations in the closed season.

Brown embarked on the second outing for the Micra in 2018 at Rally Van Wervik but the 100km of tricky closed-public roads highlighted that there was further work still to be done to Micra to return it to its former glory.

Since then, Brown and the team have worked hard behind the scenes, and a recent shakedown confirms that the Nissan is back on form for the weekend ahead.

Co-driven by Paul Stringer, the duo will head to the event in the South West of Belgium to attempt to bag more points for their FIRC class 3F aspirations thanks to missing a handful of rounds at the start of the season.

Brown feels that the latest developments to the car are a confidence boost ahead of the cross-channel event. He said: “It felt really good to be back in the car at Rally Van Wervik but at the same time it was a little frustrating that we didn’t have the power we hoped for.

“Being just a 1300cc we are well down on the 1600cc guys in our class already, so we need all the help we can get to try and match them. That was hard last time and the eighth place I guess replicated that, but the car had a good shakedown last week which is encouraging. Along with the other developments we have made over the last 12 months or so, this is the rally I have been looking forward to the most”.

In 2016, Brown was able to contest the full FIRC series with impressive results across the season but is now aiming to return to the class podium positions towards the end of the year.

He added: “I really enjoy rallying in Belgium and each event poses a very different challenge. It would be nice to think once I settle back into the car that we could start pushing for class 3F podiums again. It’s a tall order but everything really does feel like it has come together this week. It will be interesting to see what pace we are at but I`m remaining realistic. As always, a finish will be our number one priority.”